IPL 2019: Full Schedule Likely To Be Announced On Monday

In the first part, all teams are playing a minimum of four matches with the newly-christened Delhi Capitals and RCB playing five matches. 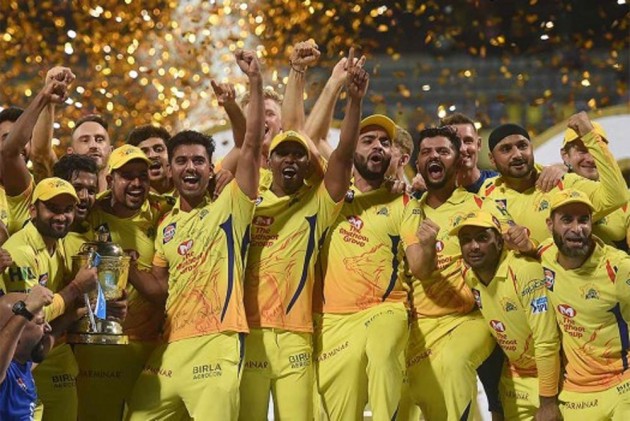 With the 12th edition of the Indian Premier League (IPL) set to get underway in Chennai from March 23, the BCCI has released the schedule for only the first 17 games till April 5. The complete schedule is expected to be out on the sidelines of the Supreme Court-appointed Committee of Administrators (CoA) meeting in Mumbai on Monday.

Speaking to IANS, a Board of Control for Cricket in India (BCCI) official in the know of developments said that the full schedule was expected to be released on March 18.

The IPL COO and his team has been working overtime to ensure that despite this being the year of the general election, the league is played in India.

Sreesanth Gets Lifeline From Supreme Court On IPL Spot-Fixing Case

IPL 2019: Virat Kohli Reveals His Most Memorable Game For RCB

"It is expected that the remaining schedule for this season of the IPL would be finalised and announced on Monday when the CoA meets (at the Trident Hotel).

"The IPL COO and his team are working overtime on this and it is a credit to them that the BCCI can even hope of holding the entire season in India this year," he said.

In the first part, all teams are playing a minimum of four matches with the newly-christened Delhi Capitals and RCB playing five matches.

Every team will play a minimum of two home and two away matches with DC playing three home matches, while RCB will play three away matches.

While the International Cricket Council (ICC) has decided to remain compliant to the WADA directives, the BCCI has reservation on dealing with NADA.

ICC CEO David Richardson had spoken on the need to get the differences between the BCCI and NADA sorted.

"We are trying to help the BCCI sort out the issue with WADA and NADA. We think cricket should be in the 2028 Olympics, but it's not going to happen unless we are a unified sport.

"At this stage, we need to convince the BCCI that it is a good thing for cricket to be in the Olympics from all aspects," he had said.

However, the BCCI officials present at the ICC chief executive meeting had made it clear that WADA must name a different testing agency as they don't trust NADA thanks to the recent mistakes the agency has made.