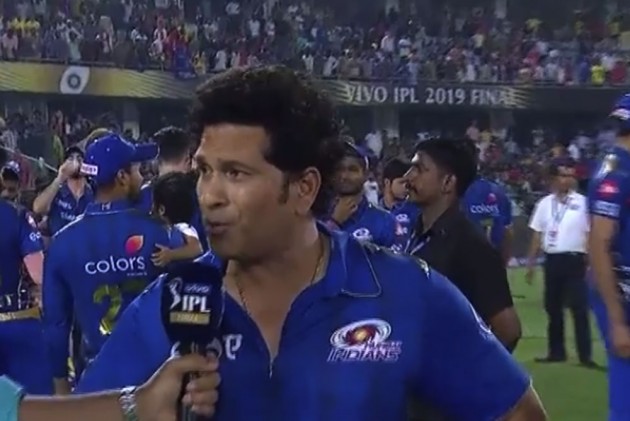 For MI's top-scorer Kieron Pollard, it was Jasprit Bumrah and Lasith Malinga's 19th and 20th over that made the difference.

"The key moment was Dhoni's run-out. But also in patches when Bumrah bowled those critical to even out Malinga's one poor over was also crucial. And the last over, thought Malinga finished the game out beautifully. And as for the final, we knew we defended 129 in the final two years ago, so we were confident," MI 'Icon' Tendulkar said after the match.

Chief coach Jayawardene said: "Thought we had the game when MS got out, but then Watto (Shane Watson) started hitting. Some great decisions by Rohit, going back to experienced bowlers at the death."

Pollard on his part was all praise for the two slingers.

"These sort of games you want to perform. People remember these games. Playing in so many finals, I knew getting runs adds pressure for the team batting second. I missed a few shots, but the way Bumrah and Malinga bowled in the last two overs - they finished it off for us. Malinga is a legend."

Malinga produced an incredible last over to defend nine runs as MI claimed undisputed supremacy in the IPL with a narrow one-run win over CSK in a pulsating IPL 2019 final at Hyderabad on Sunday.

CSK needed nine runs off the last over but the experienced Lankan paceman Malinga kept his nerve to concede eight. He trapped Shardul Thakur leg before in the last ball after Watson (80 off 59) got run out two balls earlier.

Before that Bumrah kept Mumbai in the hunt with his tidy overs and two wickets, getting rid of Dwayne Bravo and Ambati Rayudu. The premier Indian pacer produced 13 dot balls in his testing overs. Young leg-spinner Rahul Chahar also played a key role in the middle overs as he too created pressure by bowling 13 dot balls.

Both teams were tied at three IPL titles each heading into the finale with Mumbai holding the upper hand, having beaten CSK thrice earlier in the competition.

The heart-stopping finish came after a disciplined bowling performance from CSK who restricted Mumbai Indians to 149 for eight.

CSK, have now lost to Mumbai for the third time in four finals.