Shane Watson won the man of the match award in the Delhi Capitals-Chennai Super Kings match, but the Aussie all-rounder became the centre of attention for his feuds with Ishant Sharma and Kagiso Rabada during their IPL match 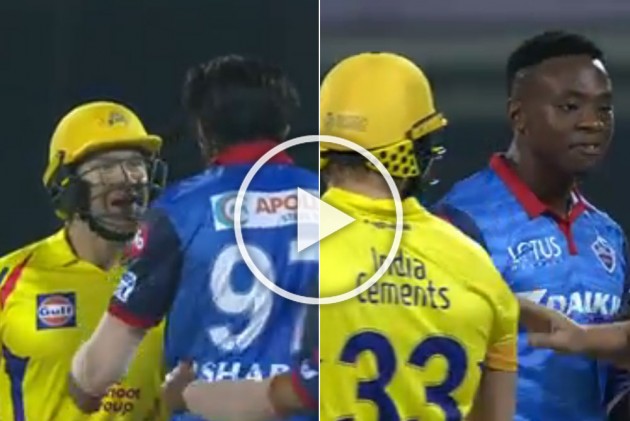 The 2019 edition of Indian Premier League (IPL) is only four days old, but the world's most famous cricket league has already seen its share of controversies. A day after the mankading controversy, Shane Watson was seen taking both Ishant Sharma and Kagiso Rabada during the Delhi Capitals (DC) and Chennai Super Kings (CSK) match on Tuesday.

Watson, who single-handedly defeated SunRisers Hyderabad in the final last season to give returning CSK their third title, was first seen mocking Ishant early in the second innings. After the fall of CSK opener, Ishant indulged himself in some animated celebrations which invited laughter from Watson. But DC pacer was not happy.

And angry Ishant was seen restrained by his team-mates. Watch it here:

Later, Watson had a go with South African Rabada. This time, he played the victim even as the young South African tried to avoid confronting the senior pro.

After the match, Delhi head coach Ricky Ponting made sure that the bad blood remains in the field.

Watson won the man of the match award after helping defending champions chase down Delhi's 147 with two balls to spare. He scored 44 off 26 balls with the help of four fours and three sixes.