Chennai Super Kings' Ambati Rayudu probably played one of his best knocks in the IPL and took on Mumbai Indians' pace spearhead Jasprit Bumrah at Abu Dhabi. Have a look 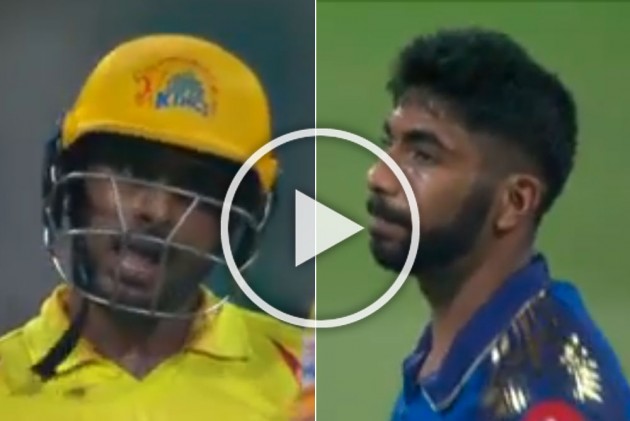 Jasprit Bumrah is often hailed as the best bowler in the world. But the Mumbai Indians (MI) pacer was manhandled by a certain Ambati Rayudu during the first match of Indian Premier League (IPL) 2020 at Abu Dhabi, UAE on Saturday.

But they ran out of ideas as Rayudu and Faf du Plessis stitched a century stand. Rayudu was specially brutal, and he disdainfully dismissed Bumrah more than a couple of times.

But this six in the 6th over is brutal:

Rayudu departed after scoring 71 off 48 balls, caught and bowl by Rahul Chahar on the 16th over.

Earlier, Lungi Ngidi claimed three wickets, while Deepak Chahar and Jadeja took a brace each as CSK restricted the four-time champions to 162/9.

For MI, Tiwary (42 off 31) top-scored. Quinton de Kock contributed with 33 off 20, while skipper Rohit made 12. Suryakumar Yadav, Hardik Pandya and Hardik all got starts but failed to convert.