For the first time, Chennai Super Kings failed to qualify for the IPL playoffs while Rajasthan Royals never found their feet in UAE Chennai Super Kings and Rajasthan Royals finished seventh and eighth, respectively, at the end of the IPL 2020 league stage. Although both CSK and RR finished with a smile, their wins came too late for them to make the all-important playoffs. (POINTS TABLE | RESULTS)

Chennai Super Kings skipper MS Dhoni admitted CSK needed a change in the core and will look for a squad that will serve the three-time champions for at least another 10 years. The frustration of the team trying to find a rhythm was clear and head coach Stephen Fleming was a sore man at the end of the tournament.

Rajasthan Royals ran hot and cold in IPL in UAE. Lack of consistency, failure of Steve Smith to lead from the front and Ben Stokes late arrival all contributed to the team's failure. Sanju Samson and Rahul Tewatia were the lone Indian sparks in the side and Jofra Archer's telling spells went in vain.

Here's a review of Chennai Super Kings and Rajasthan Royals.

There were very few positives for Chennai Super Kings. The three-time champions were the first team to be knocked out of contention a playoff berth.

The season went downhill even before the start of the matches. Two vital cogs for the team – Suresh Raina and Harbhajan Singh -- decided not to be part of the squad. This left a gaping hole in the team which was very difficult to fill at a short notice.

CSK had defied odds in the last few years, courtesy a bunch of experienced journeymen who took on the young and upcoming players and beat them. That was CSK's USP.

But this year, the circumstances were different. Firstly, the quarantine and also time away from the field meant old legs took more time to get going. Secondly, the team looked uncomfortable away from its home base at the Chepauk Stadium in Chennai. On sluggish but fair wickets in UAE, CSK spinners were rendered rather stingless.

What Clicked?
In all the gloom, there were three bright spots -- Sam Curran, Ruturaj Gaikwad and Ravindra Jadeja.

Ruturaj Gaikwad: By the time Gaikwad was discovered after he had recovered from COVID-19, it was too late. A find of this season, Chennai Super Kings will certainly bank on this Maharashtra batsman as they rebuild their core. In 6 matches Gaikwad scored 204 runs with three consecutive fifties, all in winning cause.

Ravindra Jadeja: The lone warrior for CSK. The Saurashtra veteran and one of the most experienced all-rounders in this format of the game, lacked support when bowling in middle overs. A dodgy middle order meant he could seldom express himself with the bat in the lower order. Even then, 232 runs from 14 matches with a solitary fifty with six wickets was a decent enough performance, under the circumstances.

Sam Curran: Mr Do it all for CSK. He opened the bowling, scored runs as opening pinch-hitter. At 22, the Englishman's young legs  showed more intent and purpose than anyone else in the team. His returns were impressive -- 14 matches 186 runs and 13 wickets. He will a hot property in the auctions for IPL 2021. Faf Du Plessis will seek another innings with CSK but Shane Watson will be gone. Photo: BCCI

What went wrong?
Almost everything. It was quite a horror outing with some real lows --  30 for six, skipper MS Dhoni struggling in most games and unsure of where to bat, bowlers leaking runs and sloppy fielding. Dhoni was not the usual man. He was lucky to have Faf du Plessis and Shane Watson alongside him but Dhoni's Midas touch was surely missed even he contributed 200 runs.
Ambati Rayudu, with 359 runs in 12 matches, had a decent tournament but with the middle order in complete disarray, Rayudu's contribution never really made an impact.

So what will the future look like for CSK?
MS Dhoni and Stephen Fleming will certainly stay put. The CSK management has tremendous faith in their 'loyal' captain. With impressive Faf du Plessis (449 runs in 13 matches) in no mood to retire, the South African captain will look to stay on at CSK but Shane Watson's retirement will open the door for fresh talent.
How much faith will Dhoni have on Kedar Jadhav, M Vijay, Piyush Chawla and Karan Sharma remains to be seen.

RAJASTHAN ROYALS (Finished eighth and last with 12 points - six wins from 14 matches)
Like a rocking boat, Rajasthan Royals journey was never steady. That it was in the running for a playoff spot even after some horror losses showed that RR never quite played to their potential. That 60-run defeat to Kolkata Knight Riders did RR in as they finished last due to an inferior Nett Run Rate than Chennai Super Kings. Rajasthan Royals were patchy and never came together as a team. Jofra Archer, Jos Buttler, Rahul Tewatia, Ben Stokes, Kartik Tyagi and Sanju Samson contributed at various stages of the tournament but never together.

What clicked?
Jofra Archer: Fast and deadly, Archer made an impact whether it was bowling or fielding. The England pacer was RR’s go-to bowler who finished with 20 wickets.

Rahul Tewatia: The Haryana player was RR’s most effective player this season. A diminutive and courageous left-hander, Tewatia scored 255 runs and took 10 wickets. His runs came at a strike rate of 139 and few will forget his five sixes in an over against Sheldon Cottrell of Kings XI Punjab. Both Archer and Tewatia failed to find consistent support throughout the season.

Sanju Samson: He was the top scorer for Rajasthan Royals with 375 runs in 14 matches at a stunning strike-rate of 158. But he suffered a dip in form midway and there was no one to fill that gap. 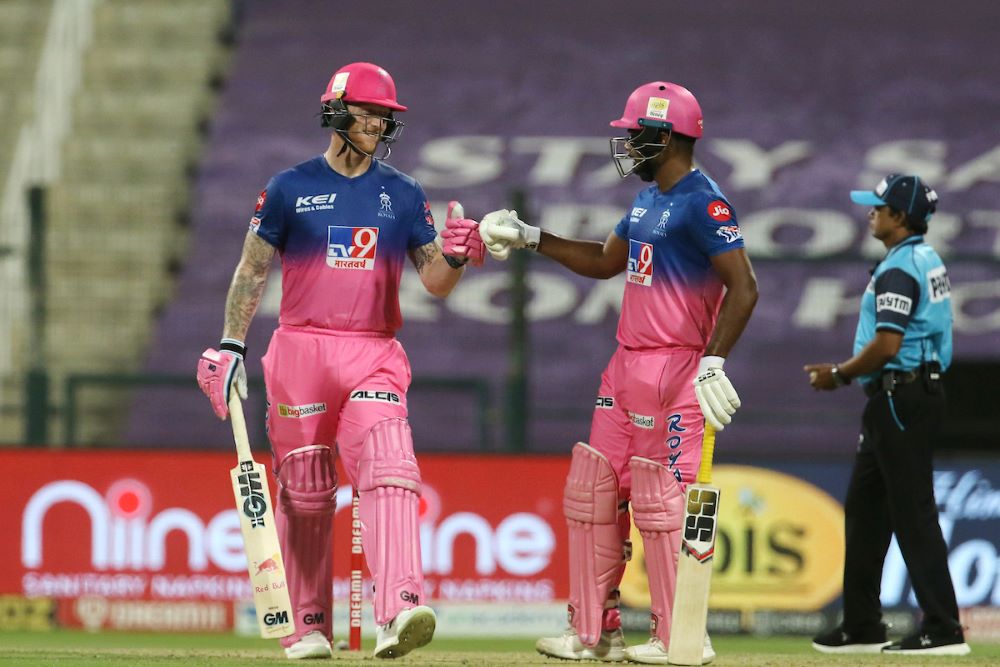 Ben Stokes and Sanju Samson shone with the bat but that Royals never played as a team. Photo: BCCI

So what didn’t click?
If the Royals expected Steven Smith to excel, it was a big disappointment. Ben Stokes smashed a brilliant century to lift the morale of the team but by then, it was too late. Four losses on a trot and an unsettled batting line-up added to RR's woes. A late flourish didn't help matters.