IPL 2021: Gautam Gambhir All Praise For KL Rahul, Backs Punjab Kings To Have A Blast In UAE

Rahul has already amassed 331 runs from seven games this year, including four half-centuries. He is second on the list of 2021 IPL's top scorers. 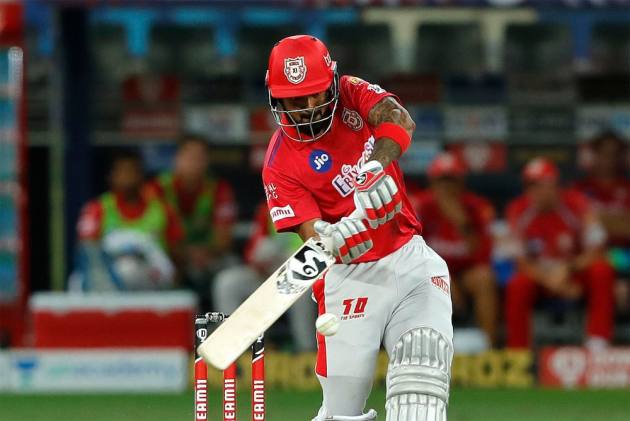 Former India opener Gautam Gambhir expects K L Rahul to have a stupendous IPL campaign when the league resumes later this week as he believes that the big-hitter's best has not yet been seen despite an average of over 50 in the last three seasons. (More Cricket News)

Punjab Kings captain Rahul is averaging 66 after seven matches this year with a strike rate of 136. The IPL was suspended in May due to COVID-19 cases in its bubble and will resume on Sunday in the UAE.

"We haven't seen the best of KL Rahul. Yes, he has got runs, but we still haven't seen, what he can achieve in his batting," Gambhir told Star Sports show Game Plan.

"You could have a season like Virat Kohli had once. He's that kind of a player in white-ball cricket, where he can get 2-3 hundreds in a season and at a very good strike rate as well," he said.

The 29-year-old Rahul has already amassed 331 runs from seven games this year, including four half centuries. He is second on the list of 2021 IPL's top-scorers.

Speaking of other teams, Gambhir said the conditions in the UAE will favour defending champions Mumbai Indians.

Mumbai and Chennai Super Kings will clash in the first match of the resumed season on Sunday.

"When you see the conditions in Chepauk or Delhi, they are completely different from what you get at Wankhede. And, as I mentioned, they are going into conditions that are suited to their fast bowling - people like Jasprit Bumrah, Trent Boult," Gambhir said.

"There will be swing upfront, so they will be very dangerous. Plus, Mumbai wants balls to swing and you've got quality fast bowlers and it's going to be an advantage for them.

"Plus their batters, want the balls to come on to the bat as well, people like Rohit Sharma, Hardik Pandya, all those guys struggled at Chepauk, because it was gripping and turning."

Gambhir also felt that Mumbai Indians can't afford a slow start since they might need to win five of their remaining seven matches to qualify for the Play-offs.

Talking about India skipper Virat Kohli and his Royal Challengers Bangalore teammate AB de Villiers, Gambhir said they will come into the tournament with different challenges.

"Virat Kohli will have to adjust really quickly because there'll be hardly any time for him to get used to it.

"From the five-Test-match series to the T20 format, and AB as well, because these guys need to get runs if they have to have a chance to first qualify for the playoffs and then probably go on to win the title."