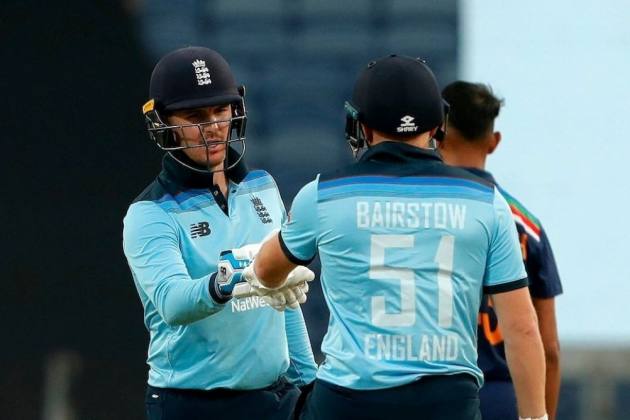 England opener Jason Roy on Wednesday replaced Mitchell Marsh in the Sunrisers Hyderabad squad for the Indian Premier League beginning April 9 after the Australian all-rounder made himself unavailable due to personal reasons.  (More Cricket News)

Marsh had got injured in the first game of the 2020 edition and could not play thereafter.

"Sunrisers Hyderabad have signed up England batsman Jason Roy as replacement for Mitchell Marsh, who has made himself unavailable for the entire season owing to personal reasons," read an IPL update.

He has played a total of eight matches and scored 179 runs with one half-century to his name.

SRH have acquired Roy at his base price of Rs 2 crore. Roy showed decent form in the recent ODI and T20 series against India but was not able to convert starts.