IPL 2021: MI Or CSK? Who is Virender Sehwag’s pick to win title in UAE 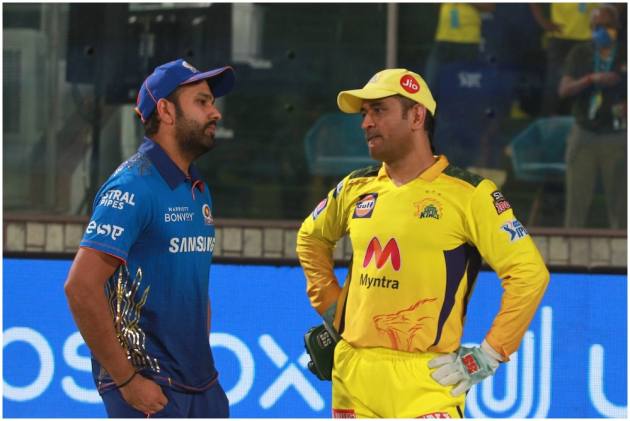 The MS Dhoni-led CSK will take on Mumbai Indians at the Dubai International Stadium on Sunday. “Since the second half has been shifted to Dubai and Abu Dhabi, I think Delhi and Mumbai will again be favourites and the five-time champions MI are slightly ahead,” Sehwag, cricketer-turned-commentator said.

The IPL 2021, which started in India in May, had to be halted midway after COVID-19 breached the tournament bio-bubble forcing the BCCI to postpone and shift the competition to UAE.

While Delhi Capitals reached their first IPL final in the previous edition, Sehwag put his money on the five-time champions Mumbai Indians when asked to pick his best team. He also opined that the pitches in the UAE might not suit Chennai Super Kings.

“Chennai’s average score in India was 201 during the first phase but I think when it comes to UAE tracks, they would be lacking a bit in batting firepower. If I have to pick one team, that will be Mumbai,” Sehwag said.

“After such a long gap, it might take Chennai ‘some more matches’ to settle down and get into the ‘groove’.” Delhi Capitals top the IPL 2021 table at the midway stage with 12 points from eight games while Mumbai Indians, led by Rohit Sharma are down at fourth with eight points from seven matches.

Meanwhile, the International Cricket Council (ICC) has given all the participating teams in the T20 World Cup a window to change players till October 10. Sehwag feels there is still an outside chance for the Indian players in the IPL to perform and get on the bus.

“We have around seven matches minimum left for the teams. That means you still have a platform to perform and those who are on the fringes could still impress the Indian selectors who would be watching the tournament closely,” said Sehwag.