The West Indian, captaining MI in place of regular skipper Rohit Sharma, blamed his batsmen for not showing character. 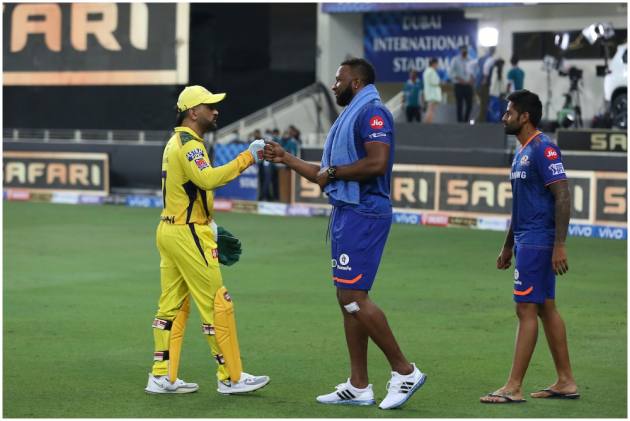 “Even though they got 150-plus, as a batting team we could’ve gotten that. Losing three wickets was a cardinal sin for us. Given the circumstances, Saurabh Tiwary batted really well. We kept losing wickets at regular intervals. It was disappointing to lose the match after we had done so well at the start,” Kieron Pollard said after the match in Dubai.

Chennai Super Kings were 24/4 in the sixth over with Faf du Plessis, Moeen Ali, MS Dhoni and Suresh Raina, all back in the hut without troubling the scorers.

Veteran Ambati Rayudu was injured after being hit on the elbow by an Adam Milne delivery and it was a perfect scenario for Mumbai Indians to press on the early advantage.

However, Ruturaj Gaikwad, who waged a lonely battle with the bat, took CSK past the 150-run mark with his unbeaten 88. Useful cameos by Ravindra Jadeja and Dwayne Bravo down the order allowed Chennai Super Kings to put up a score to defend.

In reply, Mumbai lost three early wickets and although Saurabh Tiwary held on at one end with an unbeaten 50, the left-hander missed support at the other end. MI lost by 20 runs. Pollard blamed his batsmen for the loss. He was leading MI in absence of Rohit Sharma, who was injured.

“Ruturaj batted really well. In T20 cricket, if one person bats through he can hurt you. We didn’t finish off well with the ball. Losing by 20 runs you know those were the extra runs we conceded,” said the West Indian.

“Surface was good, the new ball had movement, our seamers got early wickets. But we had to continue that momentum all the way,” Pollard added.