IPL 2021: ‘RR Needed This Knock, Me Too’, Says Shivam Dube After Thrashing CSK

With this win, RR jump to sixth spot in the IPL 2021 table. Five teams are now locked at 10 points, vying for the remaining two slots for the playoffs. CSK and DC have qualified. 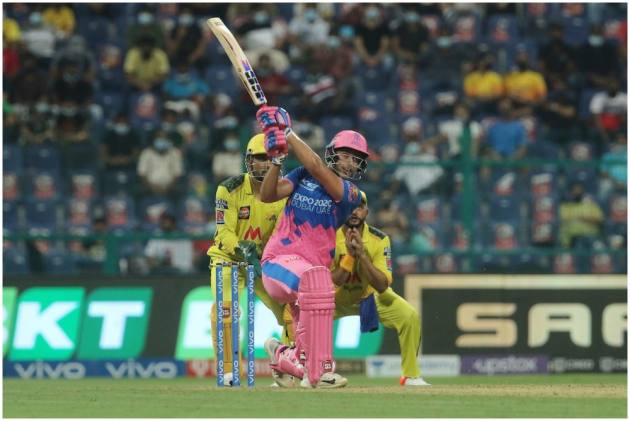 Rajasthan Royals (RR) all-rounder Shivam Dube, who hit a match-winning unbeaten 64 against Chennai Super Kings (CSK) in his first match of IPL’s UAE leg, said that this knock was ‘much needed’ not only for him but also for his team. (More Cricket News)

“Obviously, this knock was much needed for me as well as my team at this moment. And this knock is totally for my team,” Dube said at the post-match press conference. “Because we are on number seven right now and we need to qualify and if we play really well (in) the other two matches, we gonna qualify, so it was important....”

Jasiwal smashed 50 off 21 balls which included some delectable sixes off star Australian pacer Josh Hazlewood while Dube sent the likes of Moeen Ali and Ravindra Jadeja into orbit en-route his unbeaten 64 off 42 balls as Royals made a short work of a victory target of 190 in just 17.3 overs.

“And talking about (being) benched, yeah, it is about the team, what combination the team goes on, it is on the coaches and the support staff and the captain and I was waiting for my chance and I got the chance and I performed well,” the hard-hitting southpaw noted.

Courtesy their victory, Rajasthan Royals have jumped to the sixth spot, even as the race for the play-offs intensifies, with as many as five teams vying for the remaining two spots. CSK and Delhi Capitals have already qualified.

Dube also lavished praise on his Mumbai team-mate and supremely-talented Jaiswal. “Obviously, any team needs a good start and Yashasvi and (Evin) Lewis were amazing, specially Yashasvi was batting like something different today and we needed that start and we had it and we finished the match so early,” said Dube.

Asked why he did not bowl, Dube quipped, “I think you need to ask Sanju (Sanju Samson) for this, I am not the right person to give the answer (laughs). I think we had five bowlers and Sanju was rotating them very well, so didn’t had (have) any space to bowl today,” the left-handed batsman added.

“It was a magnificent innings and it is not often that you have a centurion in (on) your side and you come away with a loss. But the team celebrated an individual performance, it was of high class and another continuation of the young man’s journey,” said Fleming.

“Our expectations have always been very high (and) the others have just started to realise why we have such high regard for him (Ruturaj) but his performance today was magnificent, so we are proud of him and pleased with his progress and the way he is playing is outstanding,” the former New Zealand skipper added.