Since beginning his professional career 13 years ago with Polish club Olimpia Elblag, Lukasz, 33, has also played in Cyrpus, Bulgaria and Romania. 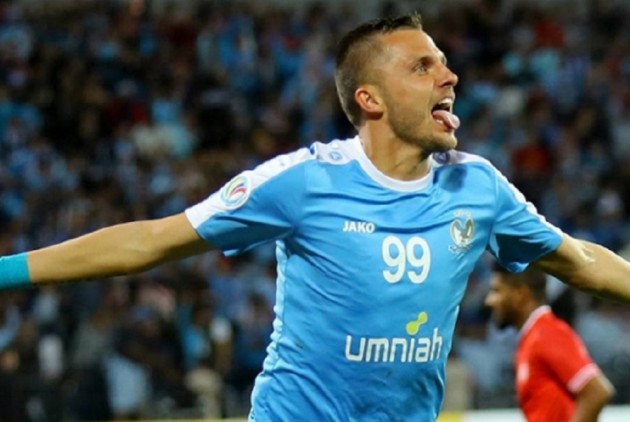 The centre-forward is the fifth foreign signing for Marina Machans.

Lukasz, whose has 49 goals and 21 assists in his 200-plus club appearances so far in his career, will be eager to make his mark in his debut ISL season.

Lukasz has also played in other Asian countries such as Kazakhstan, Saudi Arabia, Thailand and Bahrain. He had finished top scorer of the 2017-18 Jordanian Pro League while playing for Al-Faisaly Amman.

"I am very happy to join the club. My aim is to immediately help the team in getting a third ISL title. The fans deserve it and so does the club that has won the league two times already," said Lukasz.

CFC co-owner Vita Dani said, "We look forward to Lukasz strengthening our attack and providing much-needed goals this season. This is a very positive signing for us".

Lukasz has featured in two of the world's biggest club tournaments, the Europa League and the Champions League, making a combined 12 appearances. During his spell at Polish outfit Slask Wroclow, he played a crucial role in the club's second league title in 2011-12 and also helped them lift the Polish Super Cup in the next year.

"Lukasz is a team player with good experience and a great personality. I believe he will help the team in many aspects, especially with goals," CFC head coach Bozidar Bandovic said.

After beginning his professional career 13 years ago with Polish club Olimpia Elblag, Lukasz, 33, has also played in Cyrpus, Bulgaria and Romania.