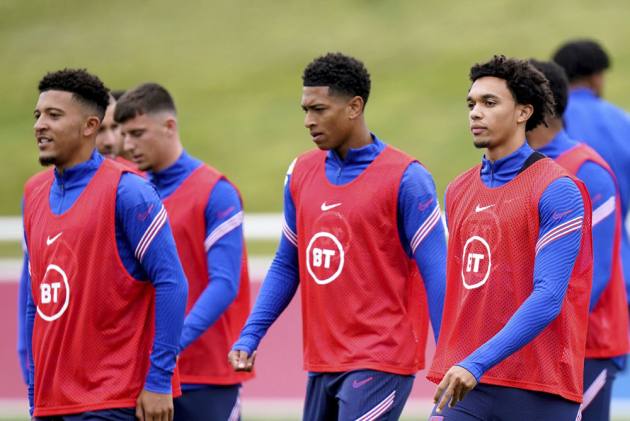 England will not play Jadon Sancho in its World Cup qualifiers against Andorra and Poland after the Manchester United forward sustained what the national team described Saturday as a “minor knock” in training. (More Football News)

The injury ruled Sancho out of the 4-0 win over Hungary on Thursday and he has returned to United.

England said Sancho is expected to recover in time for United’s home match against Newcastle in the Premier League next Saturday. That could be the game where Cristiano Ronaldo makes his first appearance for United following his move from Juventus.

The 21-year-old Sancho moved to United from Borussia Dortmund in the offseason for $100 million.

England coach Gareth Southgate will not call up a replacement for the games against Andorra at Wembley Stadium on Sunday and Poland away on Wednesday.

England leads its qualifying group by five points after winning all four of its games so far.