La Liga: I Haven't Been At My Best – Barcelona Forward Antoine Griezmann 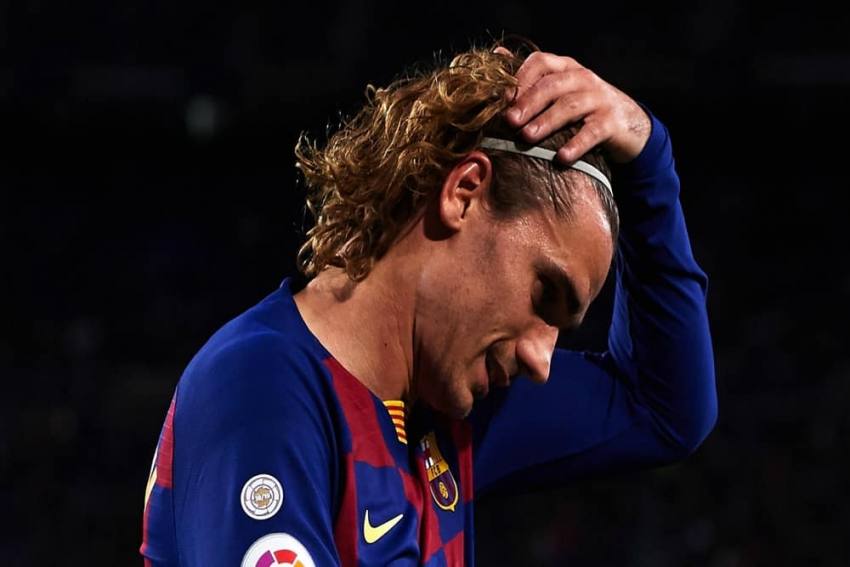 Antoine Griezmann admitted to his struggles to make a mark at Barcelona.
File Photo
Omnisport 2020-11-24T09:12:19+05:30 La Liga: I Haven't Been At My Best – Barcelona Forward Antoine Griezmann

Antoine Griezmann admitted he was yet to get to his best at Barcelona and said he needed more time.

Griezmann has struggled to make his mark at Barca since arriving from Atletico Madrid for €120million last year.

The forward has scored just 17 goals in 58 games in all competitions for the LaLiga giants, who are struggling in 13th in the table.

Griezmann said he was prepared to accept criticism of his performances, but highlighted it had been a difficult period for the club.

"I accept them because I know that we are not seeing the best Griezmann," he told Movistar on Monday.

He added: "In a year and a half I have had three coaches ... that's not easy. I need time to adapt to my colleagues and they to me, and on top of system changes.

"In addition, the candidates for the presidency also talk about me. I don't think it's the best thing for me for them to talk about whether or not I'm a good signing."

Griezmann has scored two goals and provided one assist in eight LaLiga games so far this season.

However, his involvement at Barca compared to Atletico is down. Only once during five seasons at Atletico – in 2014-15 – did he have fewer successful passes per 90 minutes than so far this season (28.4). His 43.4 touches per 90 this campaign are lower than he had in any of his seasons at Atletico.

Griezmann has also created just 0.7 chances per 90 minutes in LaLiga in 2020-21, and not once did he have a lower figure at Atletico.

Coming off a 1-0 loss to Atletico, Barcelona visit Dynamo Kiev in the Champions League on Tuesday.