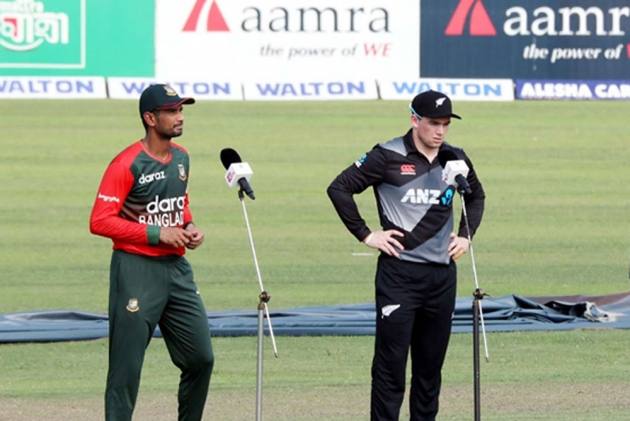 Bangladesh will have another chance to complete their maiden T20 International series win against visiting New Zealand when the two teams meet in the fourth match on Wednesday (September 8) at Shere Bangla National Stadium, Dhaka.

After back-to-back series wins against Zimbabwe and Australia, Bangladesh defeated New Zealand in the first two matches. In the first match, Bangladesh overwhelmed New Zealand -- a seven-wicket win after dismissing the Kiwis for their joint-lowest T20I score of 60 all out. And the chief architect was star all-rounder Shakib Al Hasan.

In the second match, Bangladesh successfully defended a low total of 141 runs with spinners, just like in the first match, playing crucial roles. Kiwi skipper Tom Latham, despite his unbeaten 65 off 49, failed to see the team home as his rival number, Mahmudullah won the man of the match award.

But the Kiwis hit back in the third match with a 52-run win. A late flourish from Henry Nicholls (36) and Tom Blundell (30) helped New Zealand post a fighting total, then spinners Ajaz Patel (4/16) and Cole McConchie (3/15) doing the damage with their spin.

So, it's safe to assume that the fourth match will be another low-scoring affair, with spin dominating the play.

New Zealand are 11-2 in the head-to-head record, with seven of those wins coming at home. But Bangladesh have lost only thrice in their last ten outings overall.

Strangely, Shakib Al Hasan had a quiet day on Sunday - a two-ball duck and 24 runs without success in his spell of four overs. But expect the top-ranked T20I all-rounder to return with a vengeance. He is on the cusp of becoming the highest wicket-taker in T20Is. He needs only a couple of wickets to overtake Lasith Malinga (107). Also, skipper Mahmudullah remains a key player for the hosts.

Having seen the lay of the land where spin flourishes, Ajaz Patel will be keen to have his share of returns. Patel (6 wickets) and his spin partners, Rachin Ravindra (5) and Cole McConchie (5) are the top wicket-takers. In fact, New Zealand also own the scorers' list with Latham topping the charts with 88 runs. Henry Nicholls is second with 60.

Playing XIs in the third match