In other matches across Europe, Real Madrid will pay a visit to Espanyol in La Liga while Paris Saint-Germain are looking for ninth straight win in Ligue 1. 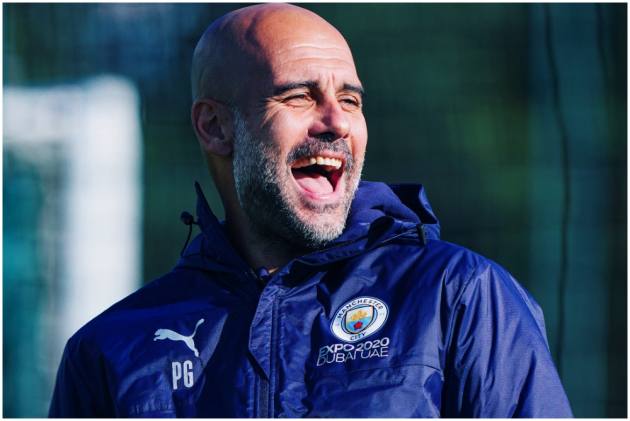 A look at what’s happening in European football on Sunday

Liverpool’s unbeaten start to the Premier League will be put to the test with the visit of defending champion Manchester City to Anfield. Liverpool came into the weekend in first place and is the only team without a loss after the opening six games.

City completes a difficult week of away games that started with a win at Chelsea in the league and was followed by a loss to Paris Saint-Germain in the Champions League. Tottenham is looking to end a three-match losing run in the league in a home game against Aston Villa. West Ham is at home to Brentford, and Leicester visits Crystal Palace.

Real Madrid visits Espanyol needing a win to rebound from two straight games without a victory. Madrid was deeply embarrassed in its last Champions League match when it lost 2-1 at home to Moldovan club Sheriff.

That came after a 0-0 draw with Villarreal. But Carlo Ancelotti’s team leads the Spanish league even though Atlético Madrid pulled level on points after beating Barcelona on Saturday.

Madrid will be without the injured Gareth Bale, Marcelo, Dani Carvajal and Ferland Mendy. Espanyol has only won once since its return to the top flight. Real Sociedad visits Getafe aiming to keep up its strong season which has it entering the match in third place.

Runaway leader Paris Saint-Germain looks for a ninth straight win in the French league when it visits Rennes. But Rennes is improving under coach Bruno Genesio and has found its scoring touch with striker Gaetan Laborde netting five goals so far — one more than PSG star Kylian Mbappe.

Mbappe could again line up alongside Neymar and Lionel Messi, who seeks his first league goal after a brilliant solo effort in the Champions League on Tuesday. Defending champion Lille faces a Marseille side looking to maintain its strong start and struggling Saint-Etienne hosts Lyon in their bitter local derby.

Napoli will be looking to maintain its perfect start to the Serie A campaign after its first loss of the season. Napoli lost 3-2 to Spartak Moscow in the Europa League on Thursday.
It visits Fiorentina in the Italian league, where it has won all six of its matches. AC Milan is two points behind Napoli and will be hoping to keep its unbeaten start when it travels to nearby Atalanta.

Roma and Lazio are not far behind and play Empoli and Bologna, respectively. Also, Spezia visits Hellas Verona and Sampdoria hosts Udinese.

Bundesliga leader Bayern Munich hosts Eintracht Frankfurt and the contrast between the teams could hardly be greater. Bayern is cruising in all competitions with 43 goals scored in nine games so far, while Frankfurt is still waiting for its first Bundesliga win under new coach Oliver Glasner.

It’s unlikely to come at Bayern, where Frankfurt hasn’t won a league game since November 18, 2000. That broke a winless run stretching back over 24 years. Mainz earlier hosts Union Berlin in a midtable clash, and Bayer Leverkusen closes out the seventh round with a game at promoted Arminia Bielefeld.

MANCHESTER, England (AP) — There was a trademark Cristiano Ronaldo celebration at Old Trafford on Saturday, even if it didn’t come from the Portugal superstar himself.
Everton winger Andros Townsend did a cheeky yet passable imitation of the spin-in-the-air celebration in front of his team’s jubilant fans after scoring the 65th-minute equalizer in a 1-1 draw at Manchester United.
“It’s just a mark of respect to a guy who influenced my career,” said Townsend, adding he “probably didn’t do the celebration justice.”
With Ronaldo starting on the bench and not entering until the 57th, United produced another sloppy performance but managed to take the lead through Anthony Martial in the 43rd following an exquisite touch and pass by Bruno Fernandes.
Everton was dangerous on the counterattack throughout the game as United’s concentration and discipline waned in its third game in an eight-day span — and less than 72 hours after an energy-sapping home win against Villarreal in the Champions League that was sealed by Ronaldo’s stoppage-time goal.
And the hosts were picked off on a break by Everton that resulted in Townsend’s goal, as Fred failed to gather possession in two attempted tackles in midfield following a corner by United before Abdoulaye Doucoure charged through to set up Townsend.
After drilling a low shot into the corner from just inside the area, Townsend performed the Ronaldo-style celebration.
“I spent many hours on the training pitch and in the video room trying to analyze his free kicks and his step-overs and the way he dedicated himself to football,” Townsend said. “So it wasn’t an imitation. It was a mark of respect to one of my idols.”
It was a fifth goal of the season for the winger, who has been revitalized since his move on a free transfer after leaving Crystal Palace.
Ronaldo also has five goals this season after joining United for a second spell, but couldn’t add to that total in a quiet cameo after coming off the bench. He had one shot but it flashed wide off his left foot.
United dropped points for the third time this season and a week after losing 1-0 at home to Aston Villa.
“We should win this game,” Fernandes said. “We should create more chances. We should not concede that kind of goal. It’s not the first time and we have to look at our mistakes and see what we can do.
“These last two games at home was not good enough in the Premier League. If we want silverware at the end of the season, we have to do much better.”
Everton, which was again without first-choice strikers Dominic Calvert-Lewin and Richarlison, looked to have snatched the win when Yerry Mina tapped in from Tom Davies’ pass in the 75th, again as United’s defenders switched off, but the goal was ruled out for a narrow offside. Davies could easily have shot himself, with just goalkeeper David De Gea to beat.
Everton is tied on 14 points with United after seven games in a strong start to the season under Rafa Benitez, a controversial hire in the offseason given his past links to Liverpool.
“We are doing well,” Benitez said. “We have some problems with injuries and still the team is working really hard and reacting really well. You can see the team spirit and the fans will appreciate that.”