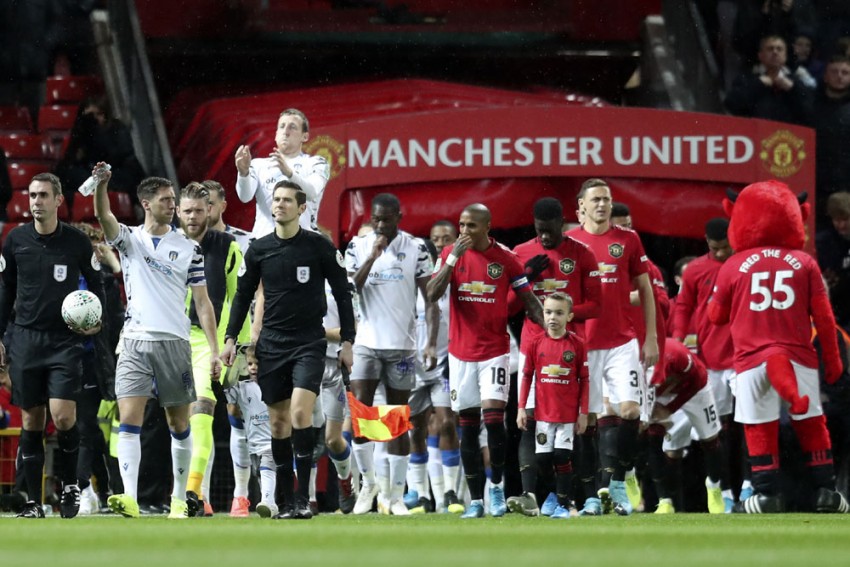 Manchester United's outgoing executive vice-chairman Ed Woodward has assured supporters the club will not seek a revival of the collapsed European Super League during a heated fans forum on Friday. (More Football News)

Earlier this month United were one of 12 founding clubs who announced the formation of a closed-shop competition that would have guaranteed them participation every year.

But less than 48 hours after the initial plans were confirmed, proposals collapsed as the six English clubs wilted under the pressure of supporters, ex-players and media, who widely decried the attempted breakaway from the Champions League.

United co-owner Joel Glazer apologised to supporters for their involvement in an open letter, though fan representatives rejected that apology in the first forum since the controversy.

In a letter of their own, the Manchester United Supporters' Trust (MUST) reiterated they have "zero trust" in Glazer and his brother Avram, and listed five demands that generally related to increasing what say the fans have in the running of the club.

While Woodward is not thought to have explicitly responded to each point in the letter, which is reported to have been read out to him, he did address some concerns and insisted United would not be looking revive the Super League, despite its chairman Florentino Perez's previous insistence the plans were not completely dead.

Woodward, whose end-of-year exit was announced amid the Super League backlash but apparently not in connection to it, said: "I know that you will feel angry and let down by the lack of consultation and by the way the proposal failed to recognise the vital principle of open competition.

"Proper discussion would have helped us avoid the mistake we made.

"While there would have been a substantial increase in solidarity payments from the leading clubs to the rest of the pyramid across Europe, we fully accept that there were fundamental elements which were badly misjudged.

“As Joel said last week, we failed to give enough weight to the essential principles and traditions of sporting merit which are so vital to football not just in domestic competition but in European competition since the mid-1950s.

“We want to restate our commitment to those traditions. I can assure you that we have learned our lesson from the events of the past week, and we do not seek any revival of the Super League plans.

"Manchester United is fortunate to be in a relatively stronger position than many clubs because of the resilience of our self-sustaining model.

"We have a disciplined, long-term approach which has allowed us to navigate the pandemic, while continuing to invest in the team, which we will continue to do this summer.

"We will now continue working with the rest of the football community to address the long-term challenges facing the game.

"But I can assure you that we will be doing that with great sensitivity to the opinions that you and other fans have expressed in recent days."