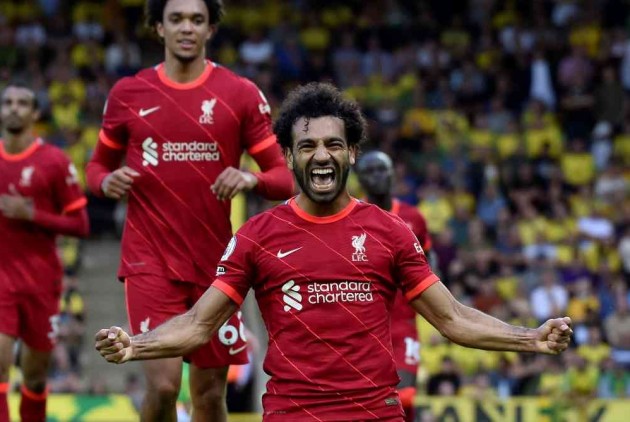 Mohamed Salah set up two goals and scored himself for a fifth straight year in the opening round of a Premier League season to lead Liverpool to a 3-0 win at Norwich on Saturday. (More Football News)

The hosts were in celebratory mood ahead of kickoff after clinching the second-tier Championship title in May, but Juergen Klopp’s team showed its class with Diogo Jota breaking the deadlock in the first half after a slight touch by Salah.

Substitute Roberto Firmino doubled the advantage not long after coming on following a square ball from Salah, who wrapped up an impressive first showing from the Reds with a record-breaking strike high into the net. Salah became the first player to score in five consecutive opening weekends of the Premier League season.

Fans were able to sell out Carrow Road for the first time in 18 months and the Canaries were also back in the Premier League having been relegated and then promoted again during the ensuing period.