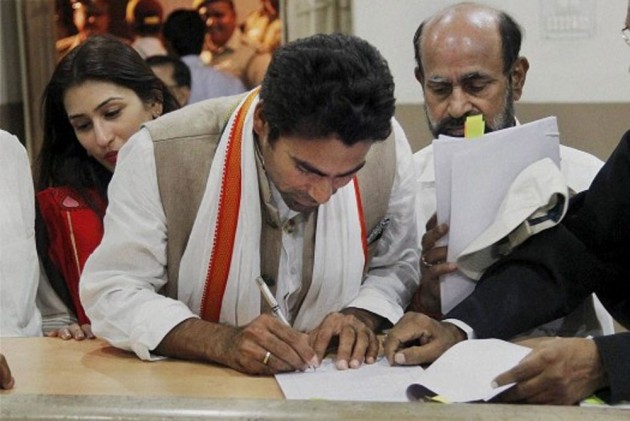 Former cricketer Mohammad Kaif on Saturday welcomed the Supreme Court's Ayodhya verdict and said that the 'idea of India is much bigger than any ideology'.

In a landmark judgment, a five-judge Constitution bench of the Supreme Court on Saturday unanimously ruled that possession of Ayodhya's contested property will vest in a trust to be formed by the Central government and also directed that representation in the trust may be given to Nirmohi Akhara, a litigant in the case.

"This can happen only in India. Where a Justice Abdul Nazeer is a part of a unanimous verdict. And a KK Muhammed gives historical evidences. Idea of India is much bigger than any ideology can ever comprehend. May everyone be happy, I pray for peace,love & harmony #AYODHYAVERDICT," Kaif tweeted.

This can happen only in India.
Where a Justice Abdul Nazeer is a part of a unanimous verdict. And a KK Muhammed gives historical evidences. Idea of India is much bigger than any ideology can ever comprehend. May everyone be happy, I pray for peace,love & harmony #AYODHYAVERDICT

Kaif lauded the apex court judges Abdul Nazeer and KK Muhammed for their contribution to the case.

Kaif Sahab,
You played for India
You will be an INDIAN
We need people with the same mindset not like anti Indians
ðÂÂÂÂÂÂ aap humaare dil me ho

Thank you Kaif Miya...It’s people like you India is #veryproud and Allah aapko kush Rakhe.

Not only that... A Hindu lawyer Rajiv Dhawan argues strongly for Muslim side. Truly amazingly India!!

We are thankful to have such people in our communities .
Now both of them are heroes .

The bench presided over by Chief Justice Ranjan Gogoi directed that a suitable plot of land measuring five acres be allocated to Sunni Central Waqf Board to construct a mosque. The land may be allotted by the Centre "out of the acquired land" or by the state government at a suitable place in Ayodhya.

"It is necessary to provide restitution to the Muslim community for the unlawful destruction of their place of worship," it stated.

The apex court gave the Centre three months time to formulate a scheme to set up a trust which will helm the construction of a temple at the site.

"The Central Government shall make necessary provisions in regard to the functioning of trust or body including on matters relating to the management of the trust, powers of the trustees including the construction of a temple," the judgment stated.

The bench also comprising Justices SA Bobde, DY Chandrachud, Ashok Bhushan and S Abdul Nazeer passed the order on a batch of petitions against an order of the Allahabad High Court which trifurcated the site among the parties - Ramlalla Virajman, Sunni Central Waqf Board and Nirmohi Akhara.