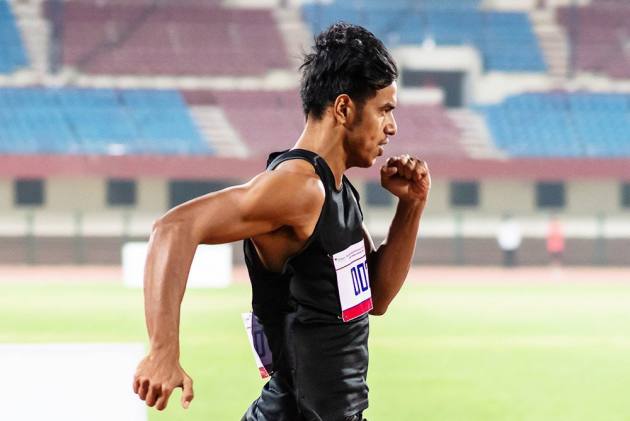 The 23-year-old, who has lived in Hyderabad since 2014, was running his first 200m competition at the National level in 20 months. Borgohain burst out of the blocks and sped ahead of the pack to break the beam in 20.75 seconds.

It was not only the first time that Borgohain stopped the clock inside 21 seconds but also a new meet record.

He had two other good efforts over 16.74m and 16.79m while Services Abdulla Aboobacker also produced his personal best of 16.84m to take silver in a competition that saw his teammate Karthik Unnikrishnan equal his career best of 16.80.

Asian Games champion Arpinder was sixth with a best effort of 15.91m.

Manju Bala Singh, a 2014 Asian Games medallist, had five throws over the 60m mark with a career best of 64.42m on her third attempt to claim the women’s hammer throw meet record from Hardeep Kaur who set it at 61.67m in 2002.

The 32-year-old produced the second best throw by an Indian woman behind Sarita Romit Singh’s national record of 65.25m.

Sarita Romit Singh came up with a 59.58m effort on her last try to edge Railways’ teammate Jyoti Jakhar Rana to third place.

The 31-year old Sarita had accounted for the five best throws until this competition where Manju improved on her previous best of 62.74m she achieved in Lucknow in June 2014.

Kartik, who finished outside the medal bracket in the 5000m, showed his lasting power to beat Services team-mate and 5000m silver medalist Dharmender.

Sanjivani Jadhav, who was second in the 5000m, emerged on top with a comfortable win in the 25-lapper.

Archana Suseendran (Tamil Nadu) was another who did not let an earlier result worry her and claimed the women’s 200m sprint, stopping Taranjeet Kaur (Delhi) from racing away with the sprint double.

The Delhi teenager fought hard to bridge the gap and ended up with a maiden sub-24-second effort, finishing just six-hundredths of a second behind Archana Suseendran.