Seeking to end a 14-year playoff drought, the Kings have ensured De'Aaron Fox will be around to lead their challenge 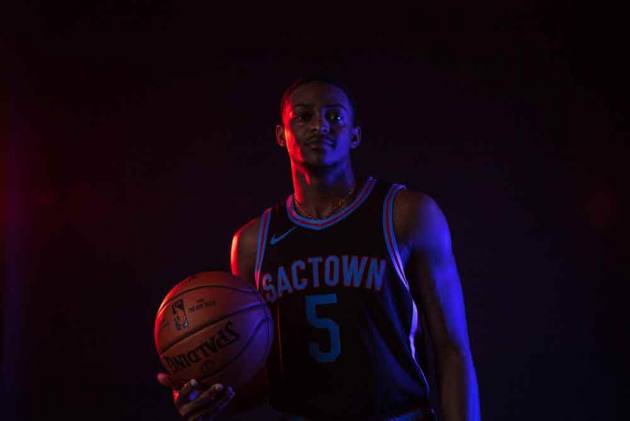 De'Aaron Fox has agreed to sign a five-year max contract extension with the Sacramento Kings that will be worth at least $163million. (More Sports News)

Fox's deal will rise in value if the NBA's annual salary cap increases above $112m or if he makes an All-NBA team, with $196m the highest potential total value if he became a first-team selection.

The Kings have not made the NBA playoffs since 2006 and are hoping Fox can help them to end that streak.

Since being drafted at fifth overall in 2017, Fox has increased his minutes per game and scoring in each year, averaging a career-high 21.1 points in 32 minutes across 51 games in the 2019-20 season, which was disrupted by the coronavirus pandemic.

Fox, 22, finished the season on a high in the Orlando bubble, scoring at least 26 points in four of his last six games, including a career-high 39 against the San Antonio Spurs in July.

Across the year he led the Kings in points, assists and steals (1.5 per game), while his field goal percentage of 48 was third in the league among point guards, behind only Ben Simmons and Derrick Rose, though his three-point shooting was a career-low 29.2 as he increased his attempts to 3.6 PG.

Fox had also been a standout performer in his second season, seeing his minutes increase to 31.4 from 27.8 in his rookie season, starting all but one of the Kings' 82 games in 2018-19.