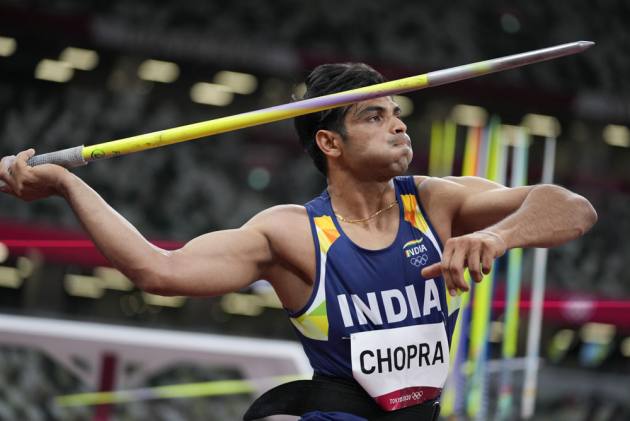 Is there anything Neeraj Chopra can’t do to woo his fans? The answer is ‘No’. (More Sports News)

A recent video posted by Neeraj Chopra shows him demonstrating his scuba diving skills. It has created a buzz among netizens once again, just like his gold medal-winning feat at the Tokyo Olympics on August 7.

In a tweet posted by Neeraj Chopra on Saturday, the poster boy of Indian athletics is seen mimicking his javelin throw skills and following it up with his trademark celebratory pose, all scuba diving.

Chopra started making a name for himself in 2016 when he became a Under-20 world champion.

Soon he began growing in stature winning medals in every major competition he competed in winning the Commonwealth Games and Asian Games gold medals in 2018.

Chopra also became only the second Indian to win an individual Olympic gold after shooter Abhinav Bindra at the 2008 Beijing Games.

Bid now for the Mementos presented to Hon. Prime Minister Shri @narendramodi by your favorite Olympian

With the Tokyo Olympics gold medal past now, Neeraj Chopra would be embarking on a busy 2022 which included World Championships, CWG and Asian Games. In the next line of the video, Neeraj also added, “PS: Training shuru ho gayi hai.”

The 23-year-old Chopra had already said that he won’t compete in any tournaments in 2021.

Neeraj Chopra has been crisscrossing the country stop since he returned from Tokyo, enjoying the spotlight for the historic Tokyo 2020 medal.