Without any match practice, the Indian women's team went to Tokyo 2020. Reaching the knockouts was its first goal 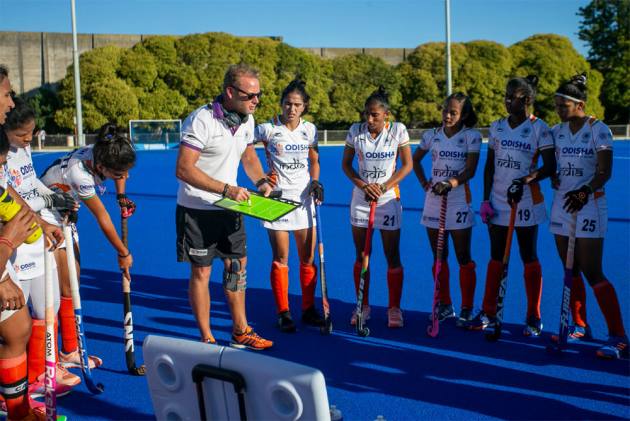 A match-starved Indian women’s hockey team will play a practice match against Argentina in Tokyo on Thursday. Rani’s team has not played a competitive match since February-March 2021 when India toured Germany for four matches. The warm-up game against the Argentines in Tokyo will give head coach Sjoerd Marijne some insight into his team’s current capabilities.

The match against Argentina women will be a 40-minute affair, 20 minutes each half. Indian women are in Pool A along with defending Olympic champions Netherlands, Germany, Great Britain, Ireland and South Africa. Pool B comprises Australia, Argentina, New Zealand, Spain, China and Tokyo 2020 hosts, Japan. India play their first match against the Netherlands on July 24.

Dutchman Marijne spoke to Outlook before the Indian women’s hockey team departure for Tokyo. Excerpts from a conversation.

Q: You must be super excited with the Games upon us? What are you telling the girls?

A: The girls just want to go out and play. The first match is against the Netherlands and it is nothing to do with nerves. It has been five years that they have played the Dutch and our girls can’t wait to play the No. 1 team in the world.

Q: Training and playing competitive matches are two different things. How do you access India's preparation considering the two factors?

A: Yes, there is a big difference and it is a big problem. It was very important that we arrived early (the Indians arrived in Tokyo on July 18 and had to quarantine for three days) because we did not have a proper practice match in the last five months. You can train how much you want but it is not the same as a practice match. It’s like you are preparing for an exam …learning and learning but no test exams. If you don’t know what type of questions will be asked how do you get ready? Practice matches put pressure and help in decision making. Playing intra-team matches in camps are not enough because you know what’s coming. There are many things beyond control. 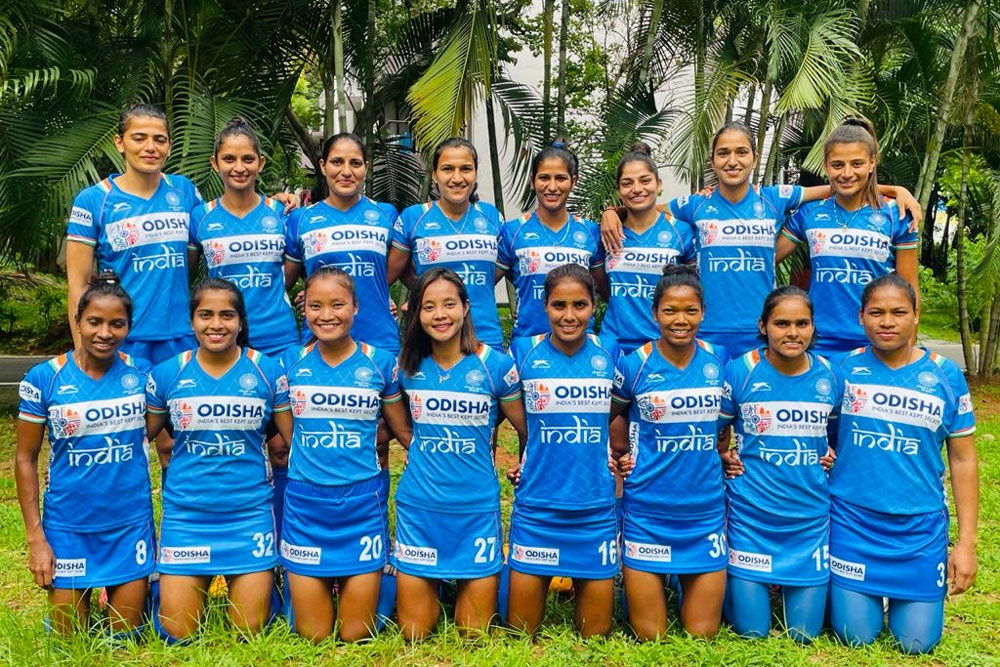 Rani is not the only leader in the team. Every player will have to take responsibility, says Sjoerd Marijne. Photo: The Hockey India

Q: There are no easy matches in India's group. How important is to win that first game against the Dutch girls?

A: The tournament doesn’t end after the first match. Yes, you want to have a good result but we also have to be realistic. Netherlands is the best team in the world at this moment by far and it is important that we show our capabilities and the girls play to their potential and then we will see what the end score is. Then the tournament goes on and we will take it match by match.

Q: Rani's leadership will be key. In a sport where there are rolling substitutions, have you identified a leadership group?

A: I don’t agree with this question and I don’t think Rani’s leadership will be key. We have a group of 19 players and everybody is important. And if Rani is on the bench someone else takes over and if Rani is on the pitch, she is just playing a game. It’s not about leadership inside because she is also playing her own game. I think we have to stop talking about only Rani’s leadership. We have to talk about leadership of every individual in the group and every player has to take own responsibility and that is leadership.

Q: What were the challenges you faced over two years cooped in a camp?

A: We have faced a lot of challenges in the last two years because of COVID and we had to deal with it. These are things we can’t control and that’s the most important we have learnt as a group. We have to appreciate what we have. We had planned a few tours which were not possible. You can sit and whine about it but that’s the way it is. This has given a lot of positive energy to the group and we have discussed it really well. We didn’t lose energy on things that we couldn’t control. The girls had confidence in the process we were following at the camp.

Q: Realistically speaking, what are your expectations from this Indian team? Where do you think the girls can finish?

A: We want to play match by match and first goal is to reach the quarterfinals and from there on the tournament is open and starts again. We are in a very difficult Pool with a lot of good teams and we have to play to our potential. I will be happy if we can do just that and then see what the score is. We can certainly reach the quarterfinals but we have to grow (in confidence) in every game because we haven’t played at all in the last five months. I also don’t know what to expect and all that I can say is that the girls are confident, feeling strong and we did everything we could as support staff. It was frustrating at times but that’s that.

Q: Guess the semifinalists if you can.

A: I can guess one semifinalist and it’s going to be the Netherlands … that’s the easy one!