Kohli refused to provide fodder to controversy seekers on his decision to quit T20 captaincy after the T20 World Cup 2021. 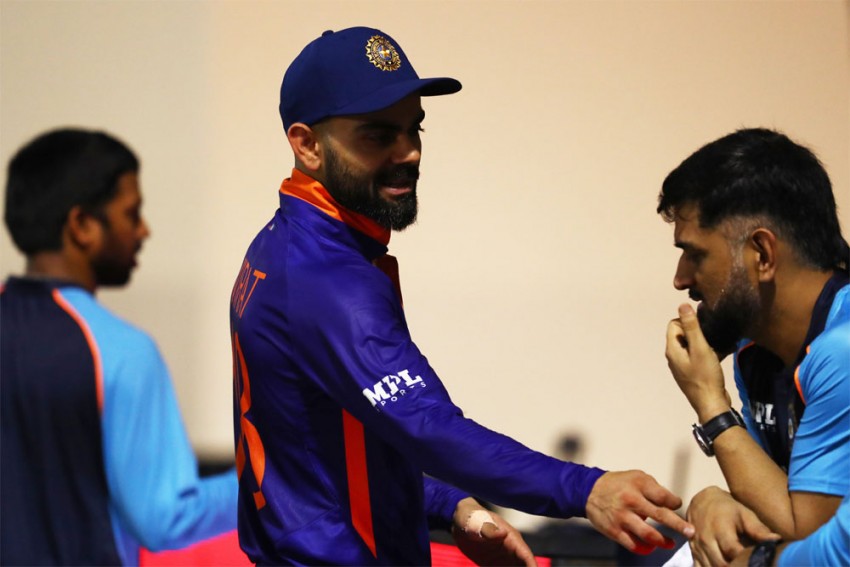 India captain Virat Kohli on Saturday refused to get into any debate on the rationale behind his decision to quit national captaincy in the shortest format after the ongoing T20 World Cup. He said he won't provide fodder to controversy seekers. (More Cricket News)

Eyebrows were raised when Kohli announced on his social media that he would relinquish captaincy after the mega event in the UAE.

With a lot of theories floating around about the reason for such a decision, skipper Kohli said that he is not ready to add fuel to fire.

"I have already explained myself a lot and I don't think I need to harp on that anymore," Kohli said when asked the reason to announce it before the T20 World Cup.

"Our focus is to play well in this World Cup and do what we need to do as a team. Rest people are trying to dig up things that doesn't exist and I am not someone who is ever going to give fodder to that," Kohli, who was a visibly irritated at the question, said.

"I have explained myself very honestly and openly and if people feel there's more to it than what I have already told, I feel pretty bad for them. That's certainly not the case."

BCCI president Sourav Ganguly in his conversation with Aaj Tak that there was no pressure on Kohli to quit the leadership role and it was his own decision.

"I was surprised (that Virat Kohli decided to step down as T20 captain). This decision must have been taken only after the England tour and it is his decision. There was no pressure from our end. We didn't tell him anything," Ganguly said.

"We don't do things like that because I myself have been a player so I understand. It is very difficult to be a captain in all formats for this long.

"I was a captain for six years, it looks good from the outside, there is respect and all that. But you get burnt out on the inside and it happens to any captain. Not just to Tendulkar or Ganguly or Dhoni or Kohli but to the captain that will come up next as well. It is a tough job."