Scotland are sitting on top of Group B with two wins. Get details of live streaming of OMN vs SCO here. 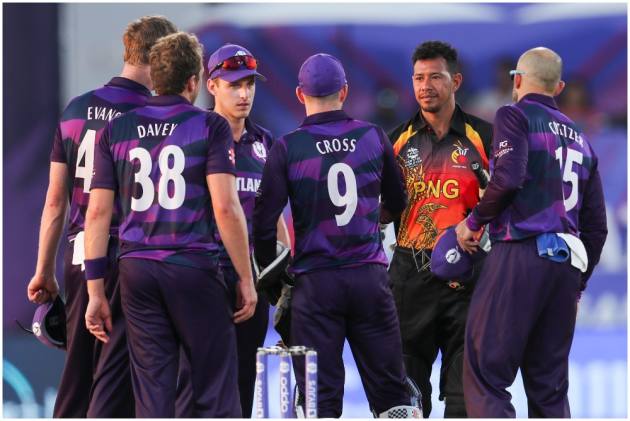 Oman will hope to ride home support when they clash with Scotland in their final group B qualifying match of the T20 World Cup 2021 in Muscat on Thursday night. With a win and a loss, Oman will have a chance to make the Super-12 stage of the World Cup if they can beat the Scots, who are sitting pretty at the top of the table with four points from two wins. (More Cricket News)

The OMN vs SCO match can be seen on live streaming and live telecast. Match starts at 7:30 PM IST. (BAN vs PNG LIVE)

After their stunning win against Bangladesh, Scotland have been on cruise mode. Richie Berrington crunched a fabulous 70 and Josh Davey took four wickets as Scotland moved to the brink of the ICC Men’s T20 World Cup Super 12 with a 17-run win against Papua New Guinea. It will be a first if Scotland make the Super-12 stage of the T20 World Cup.

Oman have had mixed luck so far. The World Cup hosts have a win against Papua New Guinea but lost to Bangladesh after making a promising start. Victory over PNG on Thursday will move Bangladesh to four points and if Scotland beat Oman later the same day, then the Tigers would qualify for the Super 12 as runners-up in Group B and move into Group 1 as team B2.

However, if Bangladesh and Oman both win then three teams would be tied on four points, with net run-rate deciding who advances to the next stage.