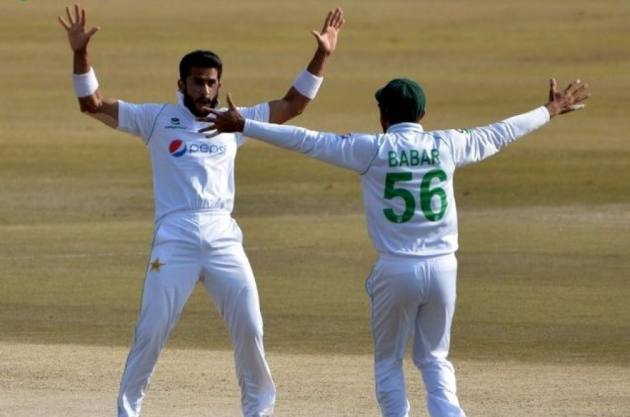 Temba Bavuma fought a lone battle as Pakistan took three wickets and reduced South Africa to 188-7 at lunch on third day of the second cricket Test on Saturday.

The diminutive Bavuma successfully overturned a leg before decision against him in the fourth over of the day and crawled to unbeaten 36 off 116 balls with South Africa still trailing by 84 runs.

Pakistan was bowled out for 272 in the first innings after all-rounder Faheem Ashraf top-scored with an unbeaten 78 and captain Babar Azam made 77.

Pakistan should have got Keshav Maharaj without scoring before lunch but Yasir Shah dropped him in the second slip. Umpire Ahsan Raza erred for the second time in the day when Maharaj successfully went for lbw television review after the on-field umpire had ruled him out off Hasan Ali.

Bavuma and Wiaan Mulder (33) dug in for 1-1/2 hours and raised a half century stand before Pakistan struck with two quick wickets in the last half hour.

Mulder was shaping up well against the spinners as he lofted Shah for a six over long off and also swept well against left-arm spinner Nauman Ali before he was run-out while going for a needless second run.

George Linde scored a run-a-ball 21 with three fours and a six before he was deceived by fast Hasan Ali (3-46) with a slower delivery and was clean bowled.

Resuming on 106-4, captain Quinton de Kock’s poor run of form in the series continued when he could add only five to his overnight score of 24 and was clean bowled by Shaheen Afridi in the third over of the day. De Kock, who hit five boundaries, attempted an over ambitious drive against Afridi and dragged the ball back onto his stumps.