Pochettino's PSG Belief: We Won In Barcelona And Munch, We Can Win In Manchester

Mauricio Pochettino is refusing to give up on PSG's chances of reaching the Champions League final after their loss to Manchester City. 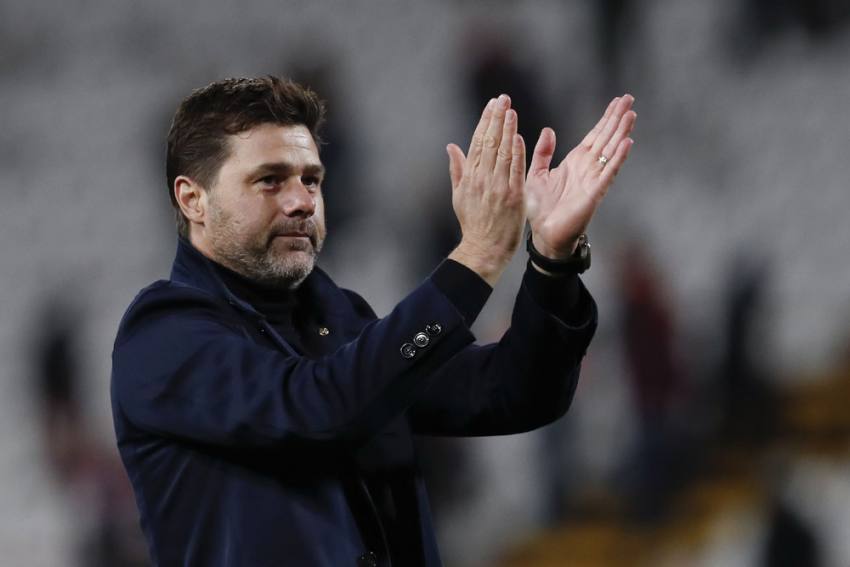 Paris Saint-Germain head coach Mauricio Pochettino pointed to his side's knockout away wins at Barcelona and Bayern Munich as he tries to reverse their 2-1 deficit against Manchester City in the Champions League semi-finals. (More Football News)

City triumphed 2-1 in Paris in the first leg of their final-four tie on Wednesday, leaving Pochettino's PSG with an uphill battle at the Etihad Stadium next week.

However, PSG eliminated Barcelona 5-2 on aggregate in the last 16 following a 4-1 win at Camp Nou before ousting holders Bayern on away goals following a 3-2 win at Allianz Arena in matches played behind closed doors.

"Of course, we played well in the first half [against Manchester City on Wednesday] and it's our hope to go and play well in Manchester away from home," Pochettino told reporters post-game.

"We played well in Barcelona and also in Munich. Belief is the most important.

"It's very important to have that information right now so that you can play the 90 minutes back and build on it."

It was the first time PSG suffered Champions League defeat when leading at half-time since 2001 – against Deportivo La Coruna.

PSG are winless in their four European games against City (D2 L2), only facing Juventus (eight) on more occasions without ever winning in their history.

PSG's star forwards Neymar and Kylian Mbappe – who failed to attempt a single shot for the first time in his Champions League career – had few chances on Wednesday, although Pochettino said "I think that will be different in a week".

Everything is still possible in this semifinal.

After victories in Barcelona and Munich, there is all to play for. Paris can believe in its strengths.

Pochettino insisted Ligue 1 champions PSG – last season's Champions League runners-up – have the talent to overcome their first-leg deficit despite the enormity of the task against City.

"It will be complicated, because Manchester City are a great team, but we have to believe," Pochettino said. "We have the talent to do it."

PSG will be without Idrissa Gueye for the second leg after his red card for a late tackle on City midfielder Ilkay Gundogan, although Pochettino refused to criticise the Senegalese midfielder.

"I have nothing to say about it, it's football, it can happen," Pochettino added. "We all make mistakes, and he made it that way. It is an action that happens in football, it is not beautiful or good, indeed, but it can happen.

"Now we have to go ahead and prepare for the next game. We have to be ready for Saturday [against Lens in Ligue 1] and then Tuesday."