A controversy erupted after Pakistan named uncapped Azam, son of former captain Moin Khan, in the T20 squad for the tours of England and West Indies 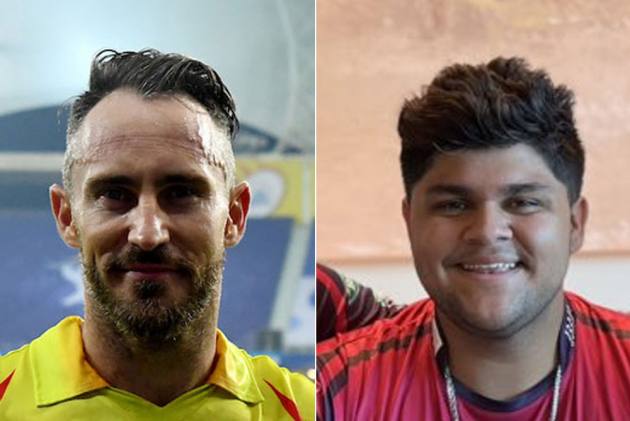 Not every guy has to have six-pack abs to be successful in cricket, said the supremely fit and well-built Faf du Plessis after Azam Khan's selection in the Pakistan team raised questions about his fitness. (More Cricket News)

A controversy erupted after Pakistan last Thursday named uncapped Azam, son of former captain Moin Khan, in the T20 squad for the tours of England and West Indies, with many believing that his father is behind his selection.

That Azam weighs more than 100kg was also pointed out by the fans before du Plessis came to the rescue of the big-hitter, with whom the former South African captain shares the dressing room in Pakistan Super League franchise, Quetta Gladiators.

"When it comes to fitness, every guy has a responsibility to try and improve every day," du Plessis said at a virtual press conference in Abu Dhabi ahead of the PSL.

Many in the Pakistan cricket community believe that Azam was picked because of his father who is a former national team skipper and coach of Quetta Gladiators.

Fans also questioned the fitness of the player who weighs more than 100kg.

Du Plessis said, "The difference between guys who do it for a very short period and guys who do it for longer, it's just improving, it's smaller gains right throughout your career. For someone like him (Azam), no, he doesn't have to look like me to be successful.

"It would just be small improvements every day. Right now, it might be something like fielding he could focus on, getting quicker to the ball, making sure (the) hands are good, taking all the catches and gradually putting in the work to become a better version of himself, or myself, or someone."

A clean striker, Azam hits a boundary every four balls and has so far scored 743 runs in 36 T20 matches.

"It's unfair to compare different people, we're comparing two different players. He's a guy who will always come and be a power hitter and hit it a long way.

"I'm certainly not a believer that every guy has to have a six-pack to be a successful cricketer. You work with what you have.

"You look at the greats in the game before, there's been guys long before me and after me and him, who will all look different but had the skillsets to perform," du Plessis said.