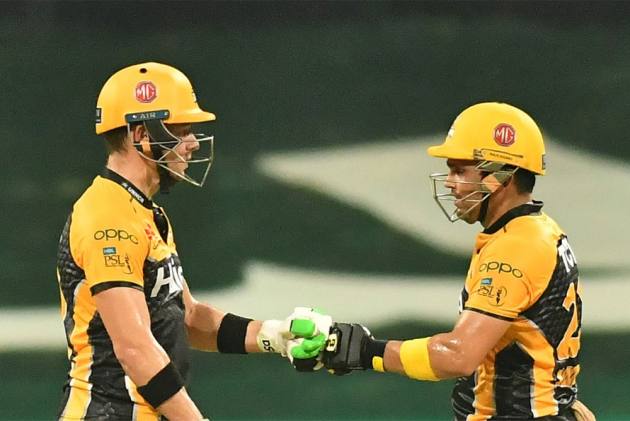 Left-handed Miller hit 73 off 46 balls and West Indian Rovman Powell provided an ideal flourish with a quickfire 43 off 19 balls to propel Peshawar to 197-5.

Quetta skipper Sarfaraz Ahmed top-scored in the reply with 36, but his team lost wickets in clusters against the pace trio of Mohammad Irfan (3-27), Umaid Asif (2-17), and captain Wahab Riaz (2-20) to fall well short at 136-9. Five Quetta batsmen went for ducks.

For the second consecutive day, Quetta bowlers were battered by a left-hander after Islamabad United’s Colin Munro smacked 90 from 36 in 10 overs on Thursday and inflicted a 10-wicket defeat on Quetta.

Quetta seemed to be in control when it restricted Peshawar to 67-2 by the halfway mark.

But Miller and discarded Pakistan wicketkeeper-batsman Kamran Akmal (59) dealt a counterpunch with a 125-run third-wicket stand off 72 balls. Quetta, yet again, faltered and conceded 130 runs off the last 10 overs.

Left-arm spinner Mohammad Nawaz (2-33), who picked up the early wickets of Haider Ali and Shoaib Malik, conceded 20 off his last over; Cameron Delport went for 25 off his solitary over; and legspinner Zahid Mahmood was pounded for 53 off his three wicketless overs.

Quetta's woes were compounded when key batsman Faf du Plessis collided with Mohammad Hasnain in the outfield and the South African was taken to the hospital for a precautionary checkup.

Peshawar moved to third on the table, while Quetta remained last.
(AP)