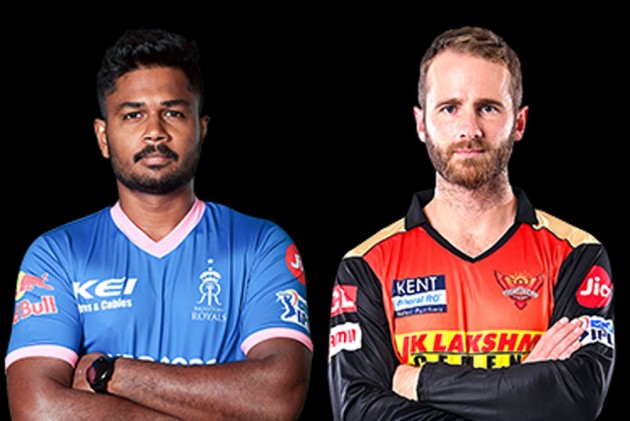 In a desperate attempt to arrest their slide, SunRisers Hyderabad have thrust Kane Williamson into the leadership role by removing David Warner as they take on Rajasthan Royals, who are also struggling like them, in Delhi on Sunday.

In a surprise move, SRH removed struggling Australian batsman Warner from the captaincy on the eve of the match as the side have lost five of the six matches under him this IPL season.

The Royals are not faring any better as they have managed to win only two matches out of the six they have played. No wonder, the Royals are placed seventh just above SRH.

SRH are coming into Sunday's match after losing their last two matches including the Super Over defeat against Chennai Super Kings.

The Sanju Samson-led RR lack consistency. They notched up their first win in their second game and lost their next two matches before winning again -- against a struggling Kolkata Knight Riders.

In their last match against Mumbai Indians, the top-order did a decent job to put up 171 for 4 but their bowling let them down. They let MI batsmen score freely to lose by seven wickets with nine balls to spare.

Head-to-head: This will be their 14th meeting. Sunrisers Hyderabad lead the head-to-head record 7-6. Last season, SRH beat RR by eight wickets while in the reverse fixture, the Royals returned won by five wickets.