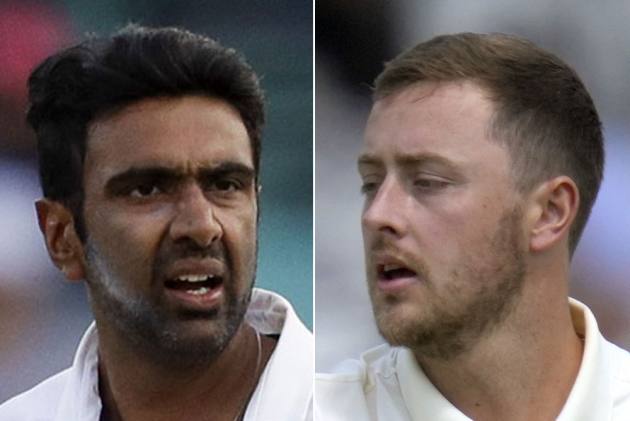 Robinson took 7/101 and scored 42 runs in the drawn first Test against New Zealand at Lord's. Soon after the match, the England and Wales Cricket Board (ECB) issued a statement, confirming that the 27-year-old has been suspended from international cricket until the investigation is complete.

Ashwin, who witnessed racist taunts during India's tour Down Under earlier this year, wrote: "I can understand the negative sentiments towards what #OllieRobinson did years ago, but I do feel genuinely sorry for him being suspended after an impressive start to his test career."

Ashwin, 34, is in England on national duty, where they will take on New Zealand in the final of the inaugural ICC World Test Championship. India will face England in a five-match Test series.

Robinson's tweets 2012 and 2013 were revealed while he was making his England. And the discovery of the comments led to England cricketers wearing anti-discrimination T-shirts carrying messages regarding racism, sexism, transphobia, homophobia and ageism ahead of play.

"This suspension is a strong indication of what the future holds in this social media Gen," Ashwin added.

I can understand the negative sentiments towards what #OllieRobinson did years ago, but I do feel genuinely sorry for him being suspended after an impressive start to his test career. This suspension is a strong indication of what the future holds in this social media Gen.

Robinson will leave England camp and will return to his county, Sussex.

Robinson has since apologised for the posts he wrote while he was a teenager. At the close of play on Day 1 of the match, Robinson admitted to being "ashamed" by the social media posts. "On the biggest day of my career so far, I am embarrassed by the racist and sexist tweets that I posted over eight years ago, which have today become public."

After the match, England captain Joe Root said the tweets were "not acceptable."

"Ollie had has made a huge mistake," Root told BBC Test Match Special. "He fronted up to the dressing room and the rest of the world, and he's very remorseful."

Meanwhile, batting coach Graham Thorpe has revealed that England could start reviewing the social media history of players before their selection in the national team.

"It's clearly something that might need to be looked at so that a day like yesterday doesn't happen," Thorpe said.