The squad also includes KL Rahul and Wriddhiman Saha, both subject to fitness clearance. Besides Prithvi Shaw, Bhuvneshwar Kumar has also failed to make the cut 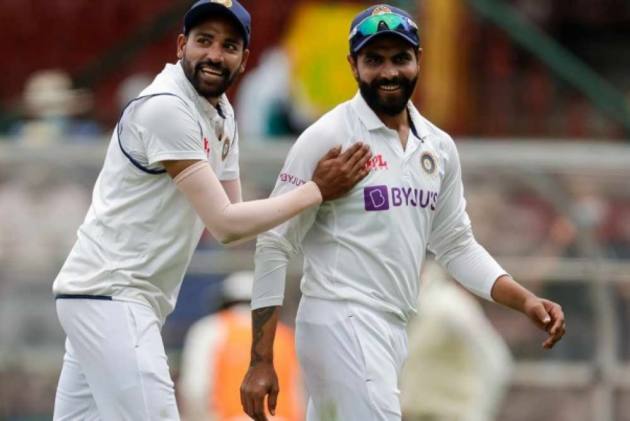 Ravindra Jadeja has been named in the 20-member squad for the inaugural ICC World Test Championship and also the five-match Test series against England. News | Full Schedule

Opener Prithvi Shaw, who was dropped after a poor show in Australia, has been ignored once again.

K L Rahul, who recently underwent a surgery after being diagnosed with appendicitis, and Wriddhiman Saha, who is infected with COVID-19 during the recently-suspended IPL, have been included subject to their fitness clearance.

The Indian team is scheduled to play the World Test Championship final against New Zealand at Southampton from June 18-22 before taking on England in a five-Test series.

There is reportedly 14-day hard quarantine for passengers travelling from India to UK due to the existing COVID-19 situation in the country.

Pacer Bhuvneshwar Kumar, who played the recently held ODI and T20 home series against England, has been ignored, while Mohammed Shami, who had to leave the Australia tour mid-way due to an injury, has been named in the squad which is slated to leave for UK later this month.

Another major omission from the team is that of Hardik Pandya. Hardik was with team during the home series against England but did not play. He has not been picked for the England tour because he is not fit enough to bowl.