Rohit Sharma not only has the experience as a leader but also the numbers to back him since he has led Mumbai Indians to a record five IPL titles. 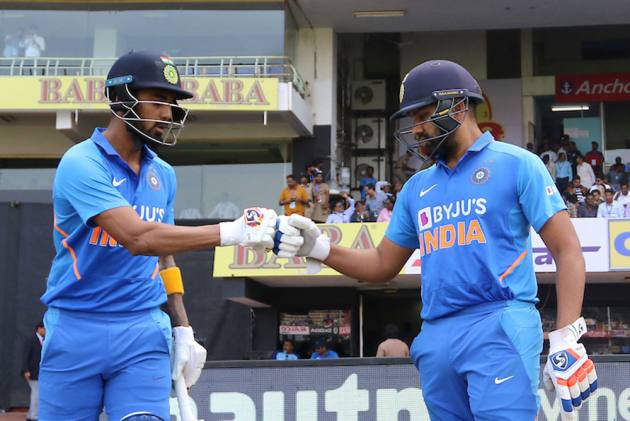 From eight to 80, the question has been doing the rounds in everyone’s mind since Virat Kohli announced on Thursday that he would be stepping down from his leadership duties in the shortest format of the game after the upcoming ICC T20 World Cup in UAE and Oman next month.

The IPL has thrown up a few names but even as Rohit Sharma's name does the rounds, Sunil Gavaskar has mentioned KL Rahul as a probable candidate while Delhi Capitals' swashbuckling Rishabh Pant is a strong social media choice.

It is unlikely the national selectors will be influenced by the social media. If the statements made by Virat Kohli and the BCCI are to be seen carefully, Rohit Sharma fits the 'roadmap' plan just perfectly. And former cricketers feel the same way.

“Rohit deserves to be India’s next T20 captain because he has done well whenever he’s been given an opportunity to lead India,” Vengsarkar has been quoted as saying.

“In 2018, India won the Asia Cup under his captaincy. Besides that, he’s been an exceptional captain for the Mumbai Indians, having led them to five IPL titles,” added Vengsarkar. Kohli has never won the IPL as Royal Challengers Bangalore captain.

In a social media post on Thursday, Kohli cited excessive workload as one of the reasons behind his decision to step down. He will continue to lead India in Tests and ODIs.

“It’s important to think ahead,” Gavaskar said. “He (Rahul) has been performing well in IPL and 50-overs cricket as well at the international stage. He can be made vice-captain,” added Gavaskar.

Although, the BCCI is in no mood to hurry up things in announcing a new T20 skipper, the onus will be on Kohli to finish off his T20 captaincy innings on a high in the World Cup in UAE and Oman. India start their T20 World Cup campaign against arch-rivals Pakistan on October 24.