If Chennai Super Kings have found one consistent batsman in IPL 2021, it has been Pune youngster Ruturaj Gaikwad. 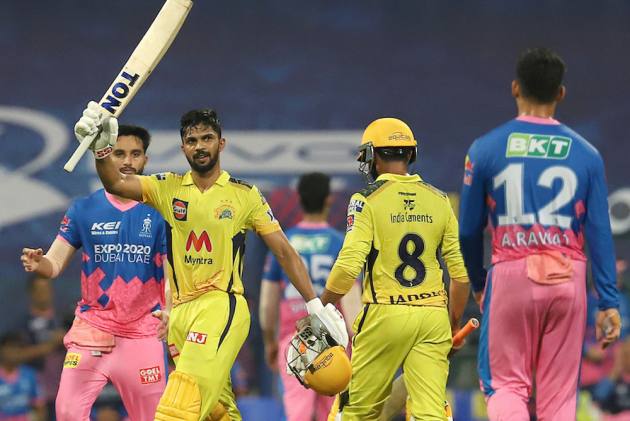 When top international names are struggling with consistency, Chennai Super Kings opener Ruturaj Gaikwad has truly been an exception. Dubbed as the next big thing in Indian cricket, the right-hander from Maharashtra has dominated IPL 2021 with his eye-catching batting display while opening the batting for CSK.

Ruturaj Gaikwad was never short of promise. Chennai Super Kings had done their homework when they picked him at the 2018 IPL auction for the 2019 season. He was scoring heavily in the domestic circuit and a 187 not out for India A against Sri Lanka A in June 2019 stood out.

Gaikwad was one of several Chennai Super Kings members who tested positive for COVID-19 ahead of the IPL in UAE in 2020. The right-handed Gaikwad could play only six matches last year scoring 204 runs, including three half centuries.

Those runs were enough to win the trust of the Chennai Super Kings team management. CSK saw him as a long-term investment and an appropriate replacement for someone like Suresh Raina or a Shane Watson, who flopped for CSK last season.

When Raina returned from UAE last season, apparently because of COVID scare, CSK were not alarmed. Skipper MS Dhoni counted a lot on Ruturaj Gaikwad and the 23-year-old responded. But that was not enough as CSK, for the first time, failed to qualify for the knockouts.

But for Ruturaj Gaikwad, UAE was quite an experience. He was rubbing shoulders with the best in the business and was fast emerging a man who could be relied on. Raina’s absence for Godsent for him. The COVID also made him mentally stronger.

“This Covid has made me tough,” Gaikwad had said last year. “As you know our captain always says that 'face any situation with a smile. That's what I was trying to do. It was difficult. It made me stay in the present, not thinking too much about the future or staying in the past.”

With former South African captain Faf du Plessis as his opening partner, Gaikwad couldn’t ask for anything better as the duo enjoyed probably the best time on the field this IPL season. The Gaikwad-Du Plessis pair has been the most successful combination in the IPL 2021, scoring 600-plus runs in partnerships. Ruturaj Gaikwad’s finest hour came against Rajasthan Royals on October 2, 2021.

He scored his maiden IPL century off 60 balls and became only the third CSK batsman after Murali Vijay (2010) and Shane Watson (2018) to do so. Gaikwad also became the first Indian batsman to cross 700 runs in his first 18 IPL innings. His ability to bat deep makes Gaikwad a must-have in the playing XI. It also reflects the fact that Gaikwad thinks for the team and not just his own scores.

Earlier this year, Gaikwad made his T20 debut on July 28 in Sri Lanka. He is certainly one of the brightest prospects for the Indian cricket team and will surely for CSK!