The sports minister had called for a meeting to discuss preparedness for Tokyo 2020. Unhappy with Batra's behaviour, Rijiju left in a huff 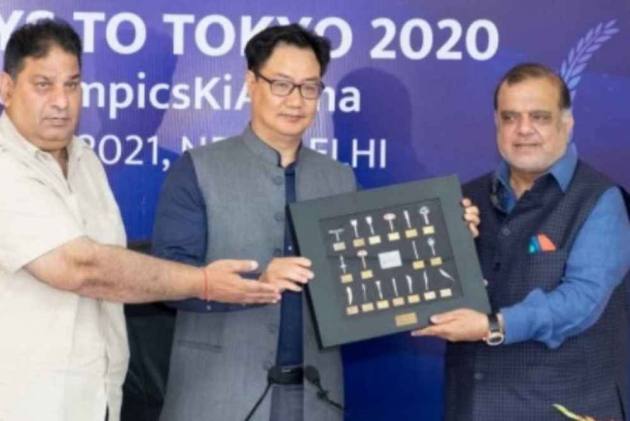 Two of the highest sports officials of the country -- the sports minister and the president of the Indian Olympic Association -- 'clashed' during a virtual meeting on Monday that was to take stock of India's preparedness for the Tokyo Olympics in July-August. (More Sports News)

Reportedly, Rijiju wanted to know if the IOA was coordinating with the national federation since many athletes were either finding it difficult to travel and qualify for the Games or plan their training due to the COVID pandemic.

Batra was unhappy with Rijiju's query on coordination (or the absence of it) and shot back saying, "I take offence sir. I am directly in touch with all federations.”

The tone of Batra's response was unacceptable for the minister, who then asked Batra to 'talk properly' in a high-power meeting. Rijiju also told Batra that he was 'trying to help him.'

By the time Batra apologised, the damage had been done and the minister left the meeting.

Batra is known to be temperamental and on Monday he apparently crossed the limit by snapping back at the minister whose only intention was to help Indian athletes, stuck by the pandemic, to prepare well for the upcoming Games, said a top source who attended the meeting.

Rijiju's main focus was to ensure that all communication lines were open and there was complete transparency so that athletes did not suffer. "

Narinder Batra is busy seeking re-election as president of the international hockey federation (FIH). The elections are due on May 22 and Batra has been trying to woo support by sending out video clips to all and sundry.

In the video clip, Batra looks quite uncomfortable struggling to read a prepared message off a screen.

"Batra's behaviour has always been a cause for concern. He is not known to be articulate and is extremely unpopular among his own members," said a senior sports functionary.

It is learnt that Batra has been sending messages to the minister apologising for his boorish behaviour. Apparently, the IOA chief himself quit the meeting in a huff after Rijiju had left.

"Even the Sports Authority of India Director General and sports secretary could not pacify him. He too decided to walk out leaving senior officials embarrassed," said a source. Batra did not react when Outlook reached out to him on Thursday.

Indian athletes have been hard hit by the pandemic. The hockey team, several badminton players, track and field athletes have been left in the lurch after India has been blacklisted by several nations due to record COVID infections in the country.

Under the circumstances, Batra's appalling behaviour has come at a time when the sports ministry is trying its best to keep all agencies together ahead of the Summer Games in Tokyo.