In the ongoing T20 World Cup, most of the teams have huffed and puffed to get past the 150-run mark as the pitches are not conducive for stroke-making. 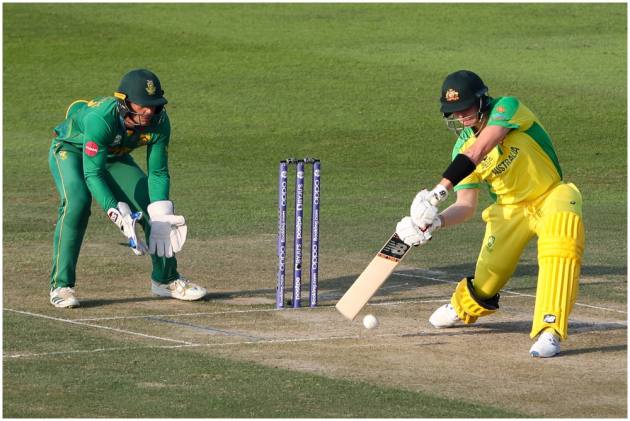 With the tricky and slow UAE wickets not supporting the power-hitters in the T20 World Cup 2021, Australia batsman Steve Smith is willing to change his batting order in the ‘scrappy’ tournament to suit the requirement of his side.

Almost all teams have struggled to go past the 150-run mark so far in the ongoing T20 World Cup 2021 as the pitches are not conducive for stroke-making. Smith, who usually bats at no.3, said he is aware of the different requirements and won't mind if he needs to drop down a bit if the situation demands.

“(My role is) a little bit different to what I’ve played previously. My job is just to fix it if our top order don’t come off and build a partnership with whoever I’m in with at that stage,” Smith was quoted as saying by cricket.com.au.

“If our top-order do go well, the likelihood is that I’ll slide down the order and let our big strong boys attack it. That’s essentially my role. I think I’ve done it reasonably well in the first couple of trial games and our first game against South Africa.

“I know what I need to do, the rest of the team knows my role, we're all very clear on the way we all want to play. That clarity is there, it's just about us all going and doing it.” In a small chase of 119 against South Africa, Smith was Australia's top-scorer with his 35-run knock coming off 46 balls while batting at number four.

Smith said a different kind of T20 cricket is being played in this World Cup due to the wickets. “Throughout the IPL, playing on these wickets, there was a lot of really scrappy cricket, not huge scores which made the games pretty interesting and quite close,” said Smith, who played for Delhi Capitals in IPL.

“It’s slightly different to a lot of T20 cricket you would play. Quite often you would see flat wickets and big scores and guys going about their business. You have to change slight(ly the) ways you have to play and adapt to what's required on that surface.