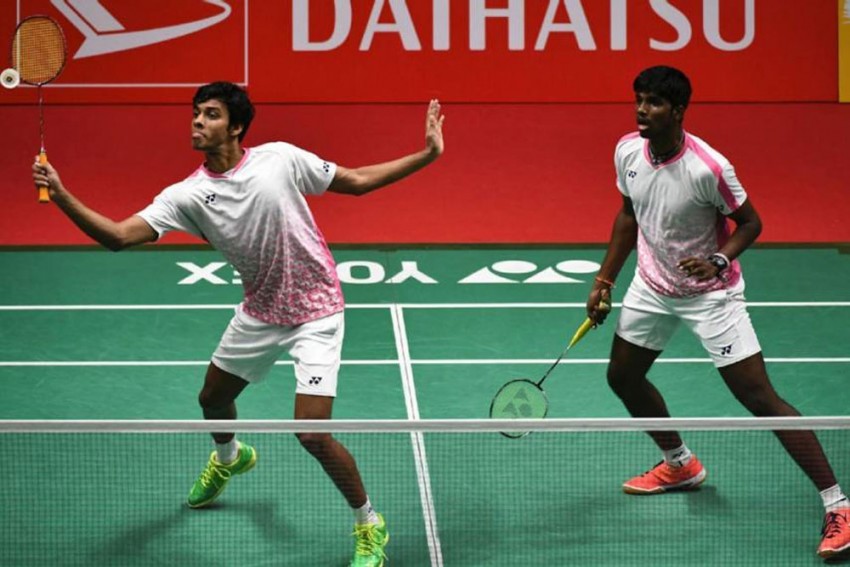 The world number 10 Indian pair, which won its maiden super 500 title in Thailand and entered the finals of French open super 750 event in 2019, lost 18-21 18-21 to world number nine Malayasian combination of Aaron Chia and Soh Wooi Yik in a 35-minute match.

The Indian pair had participated in Super 1000 events in 2018 ad 2019 but this is the first time it entered the semifinals.

Satwik and Chirag couldn't bring their best to the fore as the Malaysian were more alert on court and also managed to diffuse any attack from the Indian pair to emerge victories.

The Indian pair had a 4-2 lead early on but the Malaysians managed to claw back and eke out a slender 11-10 lead at the break. Satwik and Chirag stayed close till 15-16 when their rivals reeled off four points on the trot to eventually close out the opening game.

In the second game, the Indian duo was up 3-1 but again the Malaysians produced four straight points to move to 7-3. A precise serve and then their rivals finding the net helped Satwik and Chirag to narrow the gap before drawing parity at 8-8.

However, two smashes at the backcourt gave Aaron and Soh a three-point advantage at the interval.

The Indian pair managed to save four match points before Chirag once again found the net as the Malaysians began celebrating.