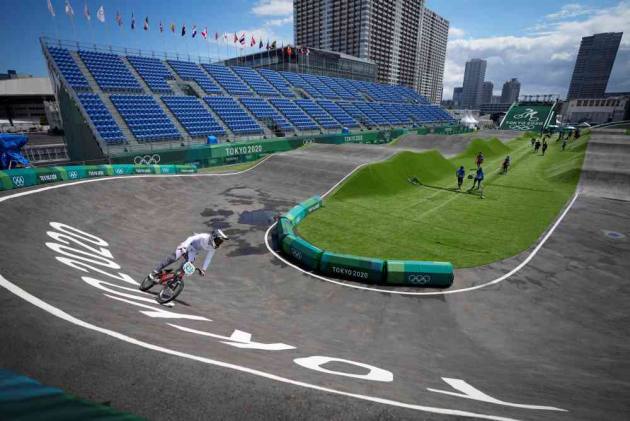 It brings Tokyo's total to more than 200,000 since the pandemic began last year.

Tokyo is under its fourth state of emergency, which is to continue through the Olympics until just before the Paralympics start in late August.

Experts have warned that the more contagious delta variant could cause a surge during the Olympics, which started Friday.

Experts noted that cases among younger, unvaccinated people are rising sharply as Japan's inoculation drive loses steam due to supply uncertainty. Many serious cases involve those in their 50s. They now dominate Tokyo's nearly 3,000 hospitalized patients and are gradually filling up available beds. Authorities reportedly plan to ask medical institutions to increase their capacity to about 6,000.

Japan's vaccination drive began late and slowly, but picked up dramatically in May for several weeks as the supply of imported vaccines stabilized and Prime Minister Yoshihide Suga's government pushed to inoculate more people before the Olympics.

The government says 25.5% of Japanese have been fully vaccinated, still way short of the level believed to have any meaningful impact on reducing the risk for the general population.

Still, Japan has kept its cases and deaths much lower than many other countries. Nationwide, it has reported 870,445 cases and 15,129 deaths as of Monday.

Suga's government has been criticized for what some say is prioritizing the Olympics over the nation's health. His public support ratings have fallen to around 30% in recent media surveys, and there is little festivity surrounding the Games. (AP)