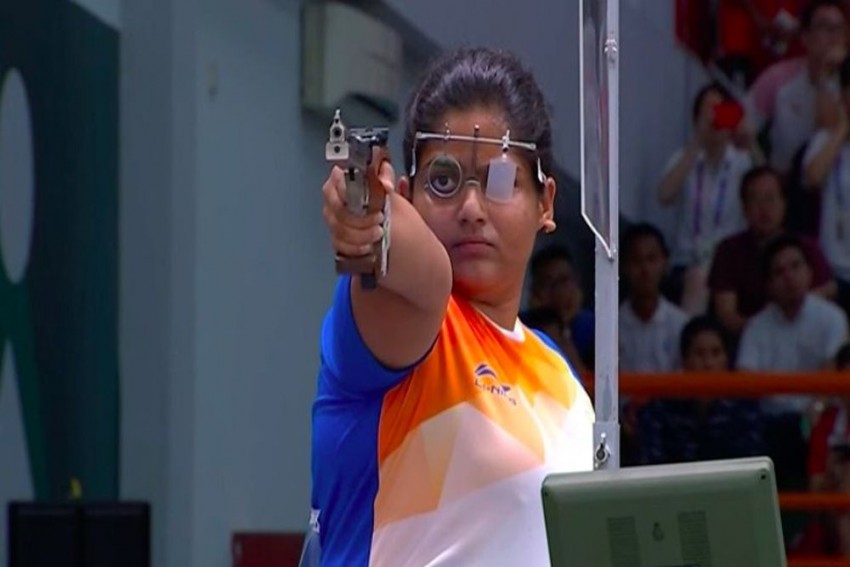 The shooting team morale has been hit after a string of poor results and revelation of factionalism among coaches. But the shooting contingent will be looking towards the seasoned Rahi Sarnobat for a reboot while hoping that Manu Bhaker rediscovers her form in the women's 25m pistol event.

The Indian shooters, tipped to be country's best medal bet before the Olympics, endured yet another forgettable outing on Tuesday when they crashed out in the qualifying stages of the mixed team events in both pistol and rifle.

The duo of Saurabh Chaudhary and Bhaker caved in under pressure and failed to qualify for the final of the 10m air pistol mixed team event.

They finished seventh in Qualification 2 after topping the first phase with 582 at the Asaka Range. Both the 19-year-olds then lost the plot completely when the top eight teams battled it out in the second phase.

The other Indian team in the event, Abhishek Verma and Yashaswini Singh Deswal, failed to clear Qualification 1 and finished in 17th place, having totalled 564 across six series (three each for one member).

If that was not enough, the rifle duo of Elavenil Valarivan and Divyansh Singh Panwar finished 12th with a total of 626.5 across three series each, while Anjum Moudgil and Deepak Kumar ended 18th out of 29 pairs with an aggregate score of 623.8 later in the day.

This was after all the pistol and rifle shooters put up disappointing performances in their respective individual events earlier in the Games.

Adding to the chaos was federation president Raninder Singh's promise of a coaching staff overhaul after the Games.

Also not helping their cause are revelations that pistol coaches of the team were not in best of terms, which might have ended up having a bearing on the shooters' performance as well.

Bhaker will get one last chance to leave her mark at the Games on Thursday after she endured a major weapon malfunction leading to a heartbreaking exit from the women's 10 air pistol event.

Appearing in her maiden Olympics, the teenager finished a creditable 12th, despite losing nearly 20 minutes during the qualifications after the cocking lever in her pistol broke down, forcing her to go to a designated area for getting it fixed.

Thursday could well turn out to be a new beginning for Bhaker and Indian shooting, provided she and Sarnobat can handle the pressure.

Sarnobat, fresh from an ISSF World Cup stage gold in Osijek, Croatia, leading up to the Games and Bhaker will have to go through two days of qualification on Thursday and Friday, before the top eight are separated after the second rapid fire round.

The 44-strong women's sport Pistol field on day six of the Olympic Shooting competition, closely resembles the Air Pistol competition of day two and will have all the finalists of that event, barring the Chinese who have changed personnel.

In reigning Asian Games champion Sarnobat, India will have an experienced shooter in the ranks.

The 15-member Indian shooting contingent has six more starts in the Games and the country's shooters will be desperate to break the medal jinx in the coming events to silence their critics. (With Inputs from PTI)