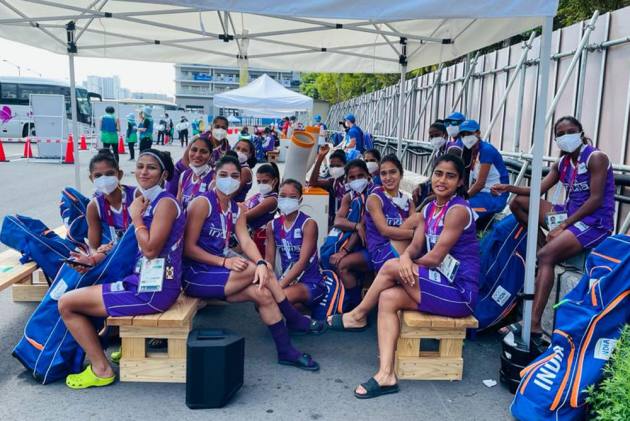 The participation of Indian athletes in the Olympic Games opening ceremony will be kept to a "bare minimum" in view of the COVID-19 threat, while only six officials from the contingent will be allowed to take part in the event on Friday.

The athletes who have competitions lined up the next day will be discouraged from attending the event, the country's deputy chef-de-mission Prem Kumar Verma told PTI on Wednesday.

Indian Olympic Association (IOA) secretary general Rajeev Mehta, who is in the city, said not many will be there keeping in mind the risk of infection.

"We will try to have a bare minimum group out there. Kam se kam athletes ko utara jaega. The chef de mission and the deputy chef de mission will decide on the numbers tomorrow but our view is that the bare minimum should attend to ensure their safety in this crucial period," Mehta told PTI.

India is being represented by more than 120 athletes in the Games with the overall contingent size being 228, including officials, coaches, other support staff an alternate athletes in view of the COVID-19.

"Six officials (from every country) are allowed at the ceremony but there is no cap on athletes. However, we have advised the athletes who have events the next day to skip the ceremony and focus on their game," Verma said after a meeting of the chef-de-missions here but did not specify which officials from India will be there at the event.

"The ceremony is likely to last till midnight so it is better that they rest for their events the following day," he added.

The likes of 10m air pistol shooters Saurabh Chaudhary, Abhishek Verma, Apurvi Chandela and Elavenil Valarivan, who have events on the first competition day, will skip the ceremony along with Manu Bhaker, Yashaswini Singh Deswal, Deepak Kumar and Divyansh Singh Panwar will be shooting on the second day.

The Indian team has eight rifle, five pistol and two skeet shooters, besides six coaches and a physiotherapist in Tokyo.

Before the coronavirus pandemic broke out, Indian shooters consistently dominated the sport, finishing on top of the table in four ISSF World Cups, in 2019.

Chef-de-mission B P Baishya said a call on the number of Indian athletes who will participate will be taken on Thursday.

Boxers, archers and the men's and women's hockey teams are also scheduled to compete the day after the opening ceremony.

"Those who don't have fights on Saturday will participate in the ceremony," a boxing contingent source told PTI.

While Mary Kom is not scheduled to compete the next day, Manpreet will be leading the side out for the first Pool A game against New Zealand on Saturday.

"Those who are quarantining are also not allowed," Verma said about the athletes and officials, who have recently landed in the Japanese city.

On Wednesday, media reports came in that Britain will have no more than 30 athletes taking part in the ceremony due to COVID-19 fears. Great Britain has 376 athletes in fray at the Games.