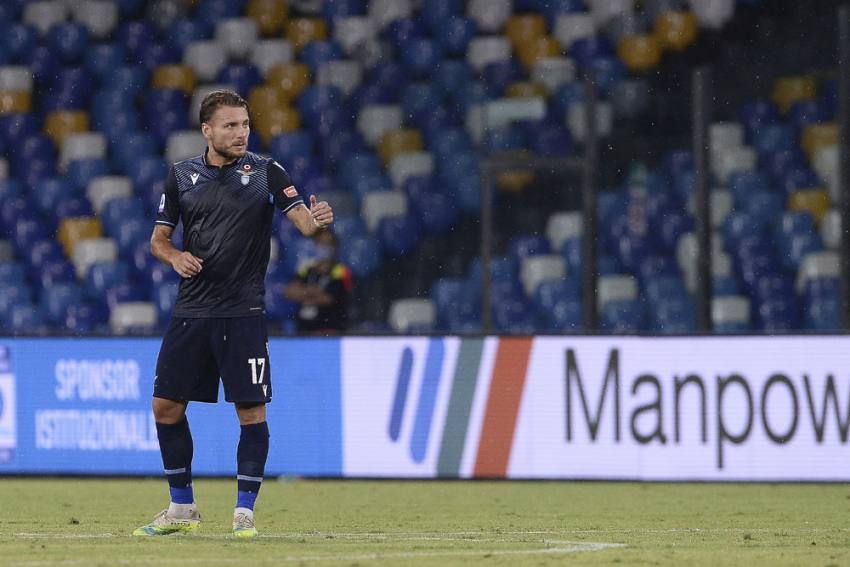 Without its coach and star forward, Italy can't afford to lose against Poland in what could be a decisive Nations League clash on Sunday. (More News)

They meet at Mapei Stadium in Reggio Emilia knowing that victory for either side will likely send it to the Nations League finals.

Poland tops Group 1 in League A. It is a point above Italy and two above the Netherlands. Italy plays in Bosnia-Herzegovina on Wednesday, while Poland hosts the Netherlands.

Italy has been beset by problems heading into these qualifiers, mainly to do with the coronavirus.

Mancini will again be replaced by assistant coach Alberigo Evani, who was in charge on Wednesday when Estonia was beaten 4-0 in a friendly.

“It's not an easy period for any of us,” Italy defender Emerson said.

“This season is a bit different from past ones.

“Our coach is unfortunately at home, but those of us who are here must do all that we can for those who can't be.”

Italy midfielder Roberto Gagliardini left the Azzurri camp on Saturday after a possible return of the virus. Gagliardini had the virus last month but recovered. He played all of Wednesday's match but an inconclusive test result has forced him to return to his club Inter Milan as a precaution.

Italy defender Leonardo Bonucci will return to Juventus on Sunday after failing to recover from a muscular injury.

“I've asked too much from my body because we had injuries at Juventus that didn't allow us to rotate,” said Bonucci, who was hoping to make his 100th appearance for Italy.

“I'm someone who never pulls back and I played through the pain for some important matches. I'm 33 years old and I'm starting to listen to my body.”

Italy forwards Moise Kean and Pietro Pellegri withdrew from the squad on Friday because of injury. Kean was replaced by Udinese forward Stefano Okaka.
Italy drew in Poland 0-0 last month.

Victory for either Italy or Poland would give it a significant advantage heading into the final round of fixtures but qualification would by no means be a foregone conclusion.

Italy drew at home to Bosnia in the opening round, ending an 11-match winning streak, while Poland lost to the Netherlands.