Curtly Ambrose had said that Chris Gayle shouldn't be 'an automatic choice' in the West Indies playing eleven for the T20 World Cup. And it left 'Univers Boss' fuming. 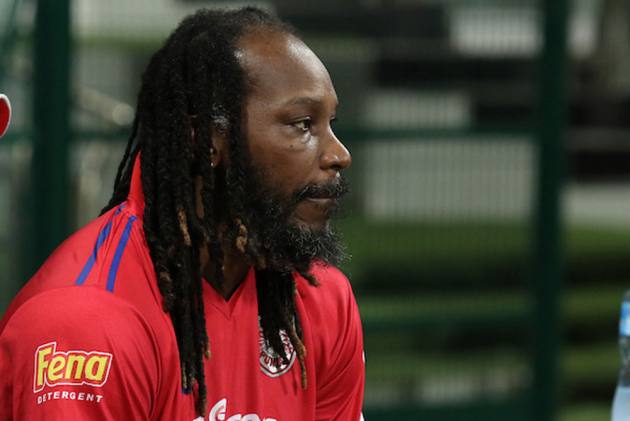 Curtly Ambrose is an achiever who has earned his stripes to have an opinion of his own which someone like Chris Gayle must learn to "respect" even if it's not in his favour, said iconic Sir Vivian Richards.

Ambrose, a known critic of the 'Universe Boss', had told a radio channel in the Caribbean that Gayle shouldn't be "an automatic choice" in the West Indies playing eleven for the T20 World Cup as he has very little performance to show even in franchise cricket for the past 18 months.

To this Gayle had lashed out on Ambrose, saying the former fast bowler of late 80's and 90's was a "negative person" for whom he had "no respect".

Richards, who had been Ambrose's first international captain, came to his former pace spearhead's defence.

"It's Curly's honest opinion and he's entitled to that and he is just as much as an achiever as Chris Gayle at the highest level," Richards told 'Daily Observer'.

"So when you hear it's coming from an individual who would have also been an achiever and being a legend in the department of the sport we would have represented, you must have respect for that too."

Richards urged Gayle to take Ambrose's criticisms positively as he might just not be the only one taking a dig at his current form.

"If I was Chris, the best positive way I would look at it would be to set my mind on what I would like to accomplish because it is just not Curtly because there are so many folks who would have had their criticisms about Gayle," added Richards.

Ambrose had said: "For me, Gayle is definitely not an automatic choice for starting. When you look at his exploits over the last 18 months, he has struggled not only for the West Indies, but other T20 franchises. The few home series we played, he hasn't had any scores of significance."

Gayle had an angry repartee at the former pace bowling great, stating that he no longer looks up to him in respect like he did in earlier times.

"When I just joined the team, I looked up to this man (Ambrose). But I am now speaking from my heart. I don't know what, since he retired, what he had against Chris Gayle. Those negative things he has been saying within the press, I don't know if he is looking for attention, but he is getting the attention.

"So, I am just giving back the attention which he requires and which he needs. I can tell you personally, and you can let him know that Chris Gayle, the Universe Boss, have no respect for Curtly Ambrose whatsoever."

Gayle had a poor season for Punjab Kings in the IPL and might find it hard to get any buyers in the big auction next year.