India and their premier bowler Jhulan Goswami failed to keep their nerves in a dramatic last over as Beth Mooney's brilliant unbeaten hundred ensured a five-wicket win for Australia -- their 26th on the trot. 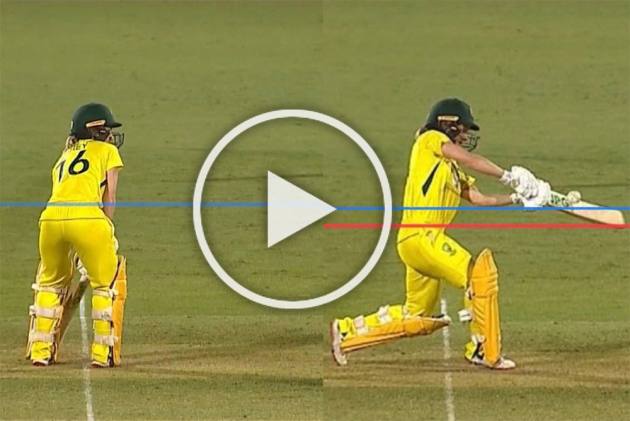 India's opening batter Smriti Mandhana on Friday sought to play down the controversy around the no-ball in the final over of second ODI against Australia which helped the hosts extend their winning streak to 26 matches.

India and their premier bowler Jhulan Goswami failed to keep their nerves in a dramatic last over as Beth Mooney's brilliant unbeaten hundred ensured a five-wicket win for Australia -- their 26th on the trot.

Tried my best to see if the no ball call was right. Picture on the left is Carey facing up for the last ball (waist blue line) Picture on the right is point of impact. Red line shows she is bent. Question is was the ball dipping enough? Plus my lines may not be exact science ðÂÂÂÂÂ¤·ðÂÂÂÂÂÂÂÂÂÂ½‍âÂÂÂÂÂÂÂÂÂÂï¸ÂÂÂÂÂ pic.twitter.com/MLq5fVfxhM

"We have not really seen the ball yet as a team. We were out there on the field, so it is very hard to judge if it was a waist-high no-ball or not. It is too early for us to call, we have to see the ball and we will have a look at it.

"When these things go in your favour, you are really happy but would not add up to the controversy. I have seriously not looked at the ball yet," Mandhana said during the post-match media interaction.

"I thought about where I need to improve, the support staff and everyone were behind me. So happy to get some runs under my belt, especially in the first innings. Getting out on 86 did hurt. I would have felt better if I had continued," the southpaw, who had been struggling for form of late, said after the knock.

Mandhana said the bowlers did very well and it was a perfect game for India except the last 20 overs.

"The pacers were really good. It was a perfect game for us until the last 20 overs. Our pacers used the bouncers really well. They will definitely be looking forward to the pink ball (Test), but our eyes are on the third ODI," she added.

Asked about the Indian players dropping a few chances, Mandhana said there was scope for improvement in all departments.

"Yeah, definitely, there is scope for improvement in all the departments. Batting, bowling and fielding. Fielding, I thought we were good in patches, but definitely, we can work a lot on our fielding.

"We have been working hard for the last three years. It is a process. In today's game, fielding could have been a little better. Dropped catches always hurt and Beth Mooney's catch did hurt," she added.

She also said the dew was a big factor and made it difficult for the spinners to grip the ball.

"When the dew comes in, our spinners look different, it is very hard to grip the ball. But that cannot be an excuse. As I said, these are things we have practised, we knew there will be dew. The dew was a big factor," the stylish southpaw added.

Mandhana praised Richa Ghosh, who made a 50-ball 44, and said she had shown how to craft an innings.

"Definitely, Richa Ghosh has shown her power hitting ability and today she showed how she can craft an innings. It is a positive thing for us that she can bat in any situation," she added.

Meanwhile, Mooney (125 not out), who steered the Aussies home and helped the host extend the winning streak to 26 ODI matches, said "from 4 for 40, it is pretty remarkable we came back from that to win the game."

About the no-ball off the final delivery for height, she said, "I have been talking to some people on the sideline, they were saying it was a clear no-ball. I wasn't sure, it was a bit of a tight call in the end."

Mooney said she hoped to get better and be in the middle and help the team win.

She also credited the manner in which the Indian bowlers Jhulan Goswami and Meghana Singh bowled in the early part of the innings.

"A lot of credit has to go to the way India bowled. Jhulan and Meghana, they certainly troubled some of the best players in the world. It was a hard battle out there trying to fight my ego. Fortunately, I was able to hang on till the end and see the team over the line," she added.