The Windies selectors named a 15-man squad for the two Tests series in Sri Lanka. The series is part of the ICC World Test Championship. 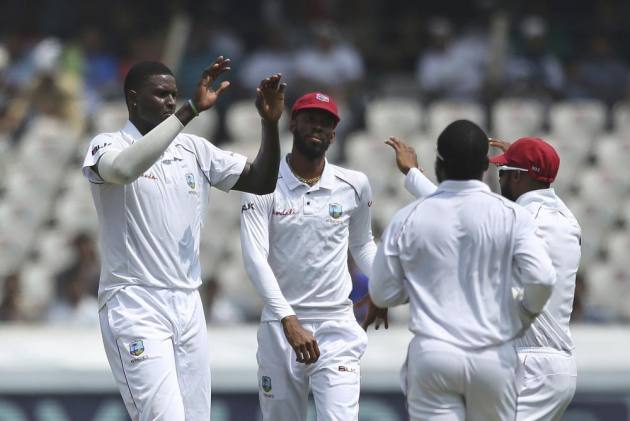 Hours after making an ignominious exit from ICC T20 World Cup, West Indies on Friday named their Test squad for the upcoming tour of Sri Lanka. Interestingly, holders Windies were eliminated from the tournament by Sri Lanka. (More Cricket News)

The Windies selectors named a 15-man squad for the two Tests series, with only Roston Chase and Jason Holder from the T20 World Cup squad making the list.

Opener Kieran Powell has been dropped uncapped batter Jeremy Solozano is the only new face. Powell, 31, played in Windies' last Test series at home against Pakistan. The left-handed batter scored of 0,4,5 and 23 in the two matches.

The series is part of the ICC World Test Championship. The Windies will first play a four-day warmup match beginning on November 14 in Colombo. The first Test is scheduled to begin on November 21, with the second starting November 29.

After the Sri Lanka series, West Indies will tour Pakistan for a white-ball series, featuring three ODIs and three T20Is between December 13 and 22.

Windies thus will become the first side to tour Pakistan following New Zealand's pull-out in February.

The ODIs, starting December 18, will be part of the ICC Super League.

Windies are expected to reach Pakistan on December 9.

Meanwhile, star all-rounder Dwayne Bravo has confirmed that he would be hanging up his boots after the T20 World Cup. Windies play Australia in their final Super 12 match on Saturday. The 38-year-old has so far played 293 T20Is. He already retired from other formats of the game.

“I think the time has come," Bravo said in a conversation with former captain Daren Sammy and commentator Alex Jordan on the ICC's post-match Facebook Live show.