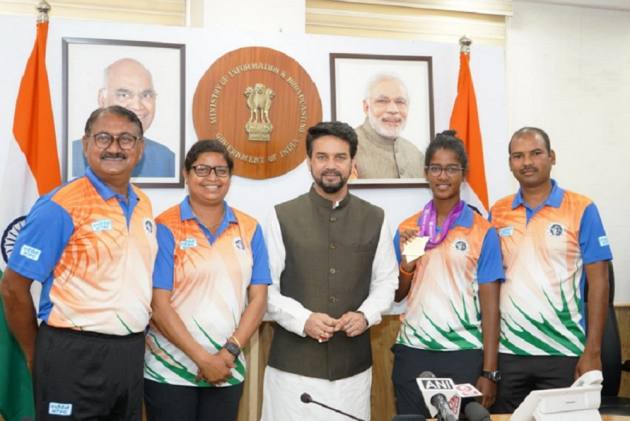 Thakur heaped praise on the diversified and existing talent pool the country has at the grassroots level. “It is overwhelming to see so many of our youth across the country are bringing laurels to across all sports and going forward, it gives us major hopes. I congratulate all the young archers and wish them all the luck in the competitions ahead,” Thakur said.

Komolika, who won two gold medals, in the individual and the mixed doubles events, also won the coveted medal at the 2019 World Cadet Championships.

A part of the Target Olympic Podium Scheme (TOPS) Core team, Komalika, is a TATA Academy product. She became the national champion in women’s Individual Recurve at the 41st NTPC Junior Archery National Championship held in Dehradun in March 2021.

Reigning under-18 world champion Komalika made a perfect transition to the U-21 age group, winning the junior title and become the second Indian after Deepika Kumari to achieve the feat.

The silver medallists from the Poland meet, meanwhile, included Priya Gurjar, who won the Cadet Compound Individual Event and Sakshi Chaudhary from the Compound Junior Individual (Men and Women) event.