In the outgone cabinet of Captain Amarinder Singh, Minister for Prisons and Cooperation Sukhjinder Singh Randhawa (62) is a Jat Sikh face, three-time Congress MLA from Gurdaspur district in Majha region of Punjab. He became an MLA in 2002, 2007 and 2017. 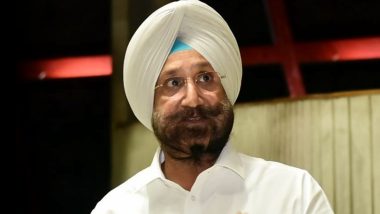 Sukhjinder Singh Randhawa, MLA from Baba Dera Nanak (Gurdaspur) will be the next CM of Punjab. Following the resignation of Captain Amarinder Singh as the Chief Minister of Punjab, the Congress high command declared Sukhjinder Randhawa as a Chief Minister. Sources say that after taking feedback of MLAs through observers Ajay Makan, Harish Chaudhry and state in-charge Harish Rawat, the final decision was taken by Rahul Gandhi in a meeting at Delhi with senior leaders of the party including Ambika Soni, who has denied the offer for the same by party high command.

In the outgone cabinet of Captain Amarinder Singh, Minister for Prisons and Cooperation Sukhjinder Singh Randhawa (62) is a Jat Sikh face, three-time Congress MLA from Gurdaspur district in Majha region of Punjab. He became an MLA in 2002, 2007 and 2017. He has been the vice-president and general secretary of the state Congress. His family has also been associated with Congress. His father, Santokh Singh, was a two-time state Congress president and a very famous figure in the Majha region. As a CM after Partap Singh Kairon, Randhawa is the only next leader who becomes a Chief Minister after five decades, belong to the Majha region. He belongs to Navjot Sidhu camp,was the pioneer to fire the revolt in congress against Capt.Amrinder Singh.

After the meeting of the legislature party which lasted till late Saturday evening here Congress Legislature Party meeting passed a resolution on Saturday urging party president Sonia Gandhi to decide on the next leader of the legislature party. Since Saturday night in a hotel in Chandigarh, Punjab Congress in-charge Harish Rawat and observer Ajay Makan and Harish Chaudhary have taken feedback over the phone and one to one on the name of the next CM.