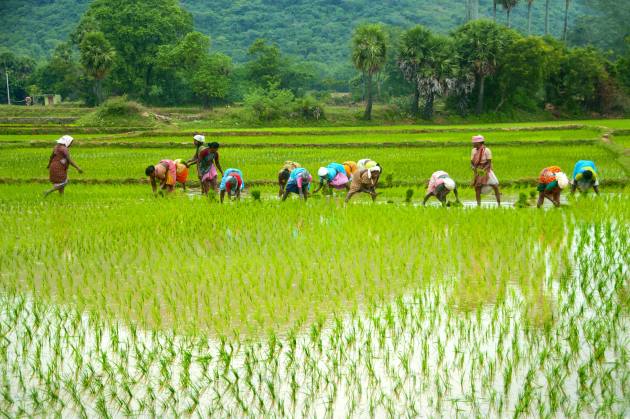 The first-ever UN Food Systems Summit convened world leaders in an effort to spur national and regional action to deliver the UN's 17 Sustainable Development Goals (SDGs) through transforming food systems. It featured commitments from more than 85 heads of state around the world.

Half of these funds will be invested domestically in 'recognition that all countries, even those that produce a surplus of food, must take steps to improve nutrition and adapt their food systems to a changing climate.'

The COVID-19 pandemic increased poverty levels by up to 124 million people and undernourishment by around 9.9%.

The Food and Agriculture Organization of the United Nations (FAO) committed to take a leadership role in ensuring the success of ambitious and urgent efforts designed to make the world's agri-food systems more efficient, inclusive, resilient and sustainable.

FAO Director-General QU Dongyu made the pledge at the closing segment of the UN Food Systems Summit, "Carrying forward the vision and momentum for 2030," where he delivered the Summit's closing statement. The landmark event adopted, for the first time, a comprehensive approach towards agri-food systems transformation, in order to fight poverty and hunger, reduce inequalities and preserve the environment.

"FAO will take a leadership role to ensure that the Summit's follow-up becomes a catalytic opportunity for all the stakeholders to rally behind the 5 Areas of Action, which were outlined by the UN Secretary-General," Qu said, noting that "it is the time to turn this momentum into action and work together to follow through on transformative pathways based on national priorities and conditions."

Held during the annual UN General Assembly high-level week in New York, the Summit brought together world leaders, experts, farmers and producers, indigenous peoples, the private sector and civil society, uniting participants in one of the most comprehensive attempts yet to align agri-food production and consumption with the UN's Sustainable Development Goals (SDGs). Countries conducted national dialogues and announced national commitments contributing to the Summit process.

New Zealand Prime Minister Jacinda Ardern announced that her country would join the Indigenous Peoples' Food Systems Coalition. "We are committed to ensuring Indigenous Peoples can help lead the way forward," she said.

Other countries pledged support for indigenous rights, including Honduras, Samoa, Peru, and the Philippines.

"We, as the global community, are not delivering on our promises to eradicate hunger," said President Sauli Niinistö of Finland.

Prime Minister of Bangladesh, Sheikh Hasina, highlighted the need to focus on 'quality food for everyone.' Likewise, Burkina Faso committed to including the right to food in their constitution.

Cambodia pledged to work towards the promotion of gender equality and the creation of job opportunities for youth and women.

Josaia Voreqe Bainimarama, Prime Minister of the Republic of Fiji said, "Just as our environment, peoples, and food systems are profoundly interwoven and mutually sustaining, so must our response be, for the sake of our and future generations."

"We must use the power of ingenuity to improve on food systems so they provide safe, nutritious, affordable, and accessible food for all, while conserving natural resources, and combating the climate crisis," said the U.S. Secretary of Agriculture, Tom Vilsack.

All submissions are being compiled in an official compendium, while all commitments are lodged in an online commitments’ registry.

New five-year funding of US$922 million focussed on nutrition was also announced by Melinda Gates of the Bill & Melinda Gates Foundation.

How You Can Take Part In Celebrating World Cotton Day

Stubble Burning: How Can North India Control The Pollution?

And Now… A Greenhouse For Your Living Room Table

An Estimated 17% Of Global Food Production Is Wasted Every Year

The Indian Subcontinent – A Cradle Of Aquaculture

Greenhouse Horticulture Is Expanding At A Rapid Pace, But…

Your Plants May Benefit From Compounds Produced By Ants!

Lachmi Deb Roy, Kamalika Ghosh / Nobel laureate Abhijit Banerjee in conversation with Outlook about his book ‘Cooking to Save Your Life’.