Many journalists from multiple media platforms have come forward with their stories of harassment against veteran journalist MJ Akbar under the social media campaign '#MeToo' against sexual misconduct. 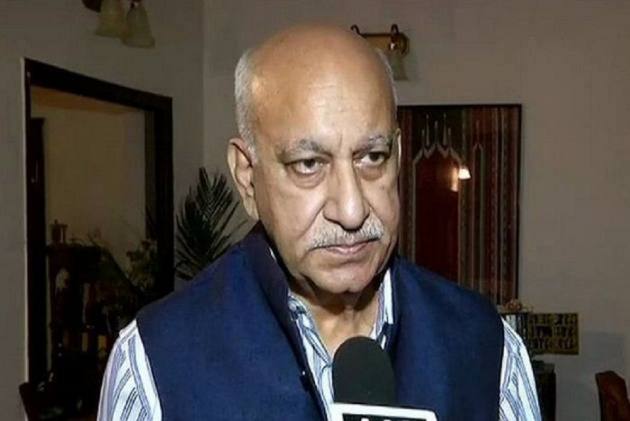 Minister of State for External Affairs M J Akbar stepped down Wednesday in the face of mounting pressure following a spate of allegations of sexual harassment against him by several women journalists, who welcomed his resignation as a "vindication".

The 67-year-old journalist-turned-politician's sudden announcement to quit came a day ahead of hearing of a criminal defamation complaint filed by him against Priya Ramani, a journalist who has accused him of sexual misconduct around 20 years ago.

In a brief statement, Akbar said he has decided to seek justice in a court of law in his personal capacity.

"I deem it appropriate to step down from office and challenge false accusations levied against me, also in a personal capacity. I have, therefore, tendered my resignation from the office of MoS for external affairs. I am deeply grateful to Prime Minister Narendra Modi and to the external affairs minister Sushma Swaraj for the opportunity they gave me to serve my country," Akbar said.

#MJAkbar resigns from his post of Minister of State External Affairs MEA. pic.twitter.com/dxf4EtFl5P

According to sources, there was a view in the government that the minister should fight the case in his personal capacity and not as a Union minister.

Over the past 10 days, at least 20 women have have come forward to narrate their experiences of alleged sexual harassment at the hands of Akbar during his days as editor of several mainstream publications. Following these allegations, opposition parties as well as many media organisations have been demanding his resignation.

His resignation was immediately welcomed by many complainants as also political parties.

"As women we feel vindicated by MJ Akbar's resignation. I look forward to the day when I will also get justice in court #metoo," Ramani tweeted.

Akbar on Monday filed the complaint against Ramani alleging she "wilfully" and "maliciously" made imputations against him with the ulterior motive of maligning his reputation and political standing.

Congress spokesperson Priyanka Chaturvedi said she saluted those women who stood on their charges bravely despite the brazen stance taken by the government.

AAP spokesperson Dilip Pandey said, "mere resignation by Akbar is not sufficient considering gravity of allegations against him. Criminal proceedings must be started against him."

Resident editor of The Asian Age newspaper Suparna Sharma, who also came out against Akbar, said she welcomes the resignation. "It is a big moment for us. In a sense I feel vindicated. Though the step should have been taken as soon as he landed in Delhi but now at least there would not be a power imbalance and it wouldn't be a fight between the government and Ramani."

Meenal Baghel, who came out in support of Ramani, said Akbar's decision to quit was long overdue while author Kiran Manral said they still have a long road ahead for justice.

While Kavita Krishnan, Secretary of the All India Progressive Women's Association, said it is the determination and courage of 20 women journalists who came forward to expose Akbar that has "belatedly" forced him to resign, women's rights activist Ranajan Kumari said Akbar should be ashamed that he did not quit earlier and he is still fighting against the woman who came out.