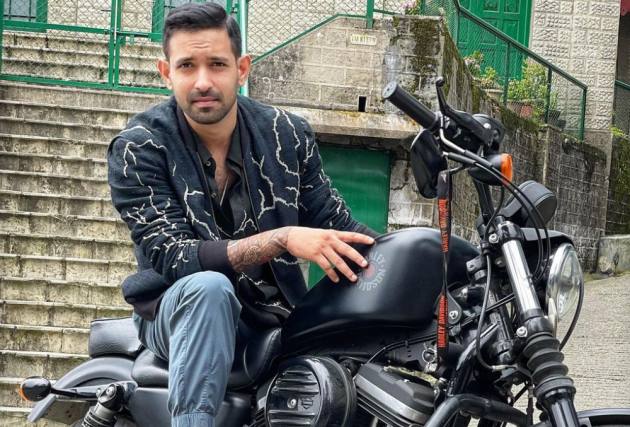 Actor Vikrant Massey’s last release ‘14 Phere’ did extremely well on the OTT platform on which it was released. It is now set to have a world television premiere on &pictures on October 24. In a small interaction with Outlook, Massey opens up about the craziness of Indian weddings, his thoughts about an ideal wedding, and a bit about the fun from the shoot of his last film. Excerpts:

Did you relate to your character in ‘14 Phere’ in any way?

I think my character, Sanjay, in the film is different from me in a lot of aspects yet similar in some ways. Some things that are interestingly similar between Sanjay and me would be if Sanjay sets his mind to do something he would follow through and he is not afraid to take a stand where he needs to, and I can really relate to that.

Any interesting stories from the sets?

We had never seen Gauahar Khan in the avatar that she donned in the film. With all those prosthetics and everything, we had become used to her character on the set. One day when we had a party where everyone from the shoot came down, Gauahar Khan just walked in as herself and I almost didn’t recognise her. And once I realised, I was just not able to look away from her. I was literally awestruck.

Another one I remember is, we shot the film in Lucknow, and I very vividly remember, when we all stepped out, a lot of the streets were so empty. Due to the pandemic, not a lot of people ventured out and it felt a little awkward, especially when you’re in UP, a place you’re used to seeing thousands of people. It was kind of hyper surreal at that point.

Did the shoot of the film make you think of the possible craziness that might happen during your wedding?

It did cross my mind, but I also realised that, at the end of the day, it is about coexisting and adapting yourself with time. Shaadi (Wedding) and siyappa (Craziness) are synonyms. Nothing brightens up the mood better than a ‘ghar ki shaadi’ - a whirlwind journey that’s punctuated by delicious food, love, togetherness, dance sessions, and of course some family antics.

What is your ideal wedding plan?

I would ideally like the perfect balance with my family and close friends around and would hope that everything goes smoothly. But I would like to point out that I am also trying to fulfil all my real aspirations through my films so if put in a situation like my character, Sanju, who loves Aditi, (played by actress Kriti Kharbanda) to no bounds, I would fully do exactly what he did in the film.

What's next for you?

I am looking forward to the releases of ‘Forensic’, ‘Love Hostel’, and ‘Mumbaikar’. I have worked really hard on these projects and I hope audiences enjoy watching them and give as much love as they’ve given to all my other projects.