Vyapam Scam: I Was Clean So A Clean Chit To Me Was Obvious, Says Madhya Pradesh CM Shivraj Singh Chouhan

His reaction came after the Central Bureau of Investigation (CBI) on Tuesday virtually gave him a clean chit in the Vyapam scam when it filed chargesheet against 490 accused in the scam. 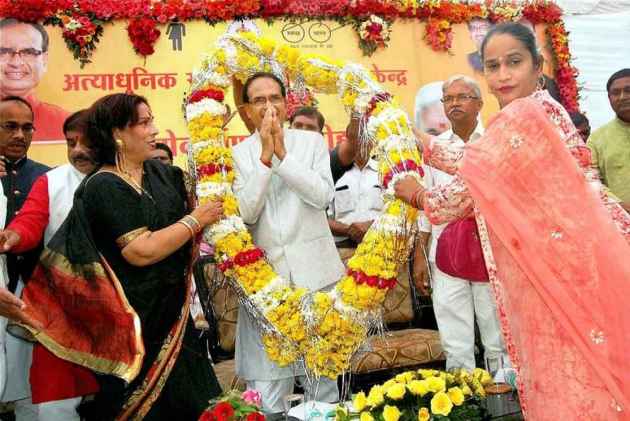 His reaction came after the Central Bureau of Investigation (CBI) on Tuesday virtually gave him a clean chit in the Vyapam scam when it filed chargesheet against 490 accused in the scam.

"I was clean so a clean chit to me was obvious," Chouhan told reporters here.

Without naming senior Congress leader Digvijaya Singh, Chouhan said, "People working in public life should not level false allegations against an opponent just for the sake of defaming. The opposition has a right to level allegations but those allegations must be based on facts."

The CBI said that there is no basis in the allegations made by senior Congress leader Digvijaya Singh that the hard disk which was seized was tampered with.

Digvijaya had moved a writ petition in the Supreme Court in 2015 seeking forensic investigation of documents, including the hard disk recovered from the Vyapam office.

However, as per the CBI, the seized documents, including the hard disk, were sent to Hyderabad's Forensic Science Laboratory for examination and suggested no tampering.

Singh, in 2015, had also claimed to possess a pen drive that had the contact number of Chouhan and his wife, alleging that there had been exchange of messages between them and some of the Vyapam accused.

In May, the CBI informed the apex court that the Congress leader will face action for allegedly running a campaign against the Madhya Pradesh Chief Minister in the Vyapam scam on the basis of forged documents.

After the CBI filed chargesheet on Tuesday, the Congress once again alleged that the agency was under pressure of the ruling Bharatiya Janata Party (BJP).

Speaking to ANI, Congress leader K.K. Mishra said that CBI is a probe agency and not a court to give clean chit to Chouhan.

"The trial court will decide this. Chief Minister has himself accepted that Vyapam scam is a blot on his face. The CBI has tried to mislead the Supreme Court by presenting a false report under political pressure. This is disrespect to the apex court. The report is to defend the chief minister," he said.

Another Congress leader Pankaj Chaturvedi said that the BJP is trying to protect Shivraj Singh.

The examinations were taken by around 3.2 million students.

Vyapam scam is also known for the deaths.

A number of people connected to the scam and its investigation, died during the course of investigation. (ANI)