The heads of the G-7 countries have met at a virtual summit to discuss the crisis in Afghanistan. The talks are expected to focus on the upcoming deadline for evacuations. 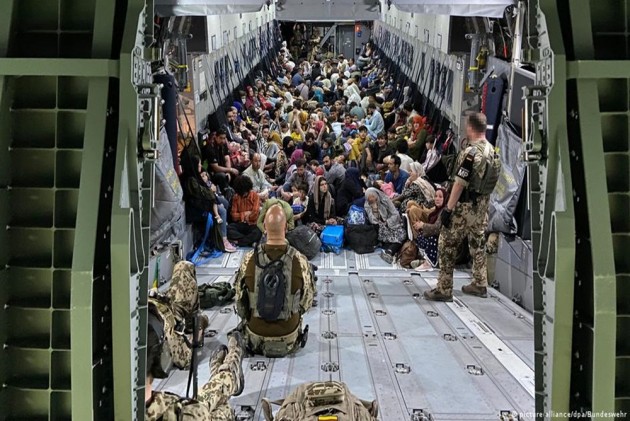 The leaders of the G-7 countries kicked off a virtual crisis meeting on Tuesday to discuss the ongoing situation in Afghanistan and the prospect of continuing emergency evacuations from Kabul.

Ahead of the talks, ministers from Germany, the UK and Spain all expressed doubt over the possibility of evacuating all eligible Afghans before the deadline of August 31 set by US President Joe Biden.

"Even if [the evacuation] goes on until August 31, or even a few days longer, it will not be enough time to evacuate those who we, and the United States, want to evacuate," German Foreign Minister Heiko Maas told Bild TV.

150 Indians In Afghanistan 'Picked Up' By Taliban Amid Evacuations, Released Later

'Will Get You Home': Biden Pledges To Americans In Kabul

A possible extension of the deadline for US troops to leave Afghanistan is expected to be the main topic of discussion at Tuesday's meeting. Other foreign military forces have already said that without the US presence at Kabul airport, they will not be able to maintain security.

The Taliban has also threatened "consequences" if foreign troops stay beyond the deadline.

The UK is currently serving as the chair for the G-7, which also includes Germany, Canada, France, Italy, Japan and the US. Representatives from the EU and NATO were also present at the summit.

"Our first priority is to complete the evacuation of our citizens and those Afghans who have assisted our efforts over the last 20 years — but as we look ahead to the next phase, it’s vital we come together as an international community and agree a joint approach for the longer term," British Prime Minister Boris Johnson said in a statement on Tuesday.

Before the meeting, European Commission President Ursula von der Leyen said that the EU would try to boost humanitarian assistance to Afghans from €50 million ($59 million) to €200 million based on contributions by EU member states.

The UK already announced on Friday that it would double its humanitarian and development aid for the country to £286 million (€334 million, $392 million).

Thousands may be abandoned

Around 50,000 foreigners and Afghans have managed to flee Afghanistan via Kabul's airport since the Taliban took power of the capital just over a week ago.

However, many remain trapped in the country, including those who supported foreign troops and who are now fearing retribution from Taliban militants.

Those who are outside of Kabul encounter additional difficulties, as even many who were approved for evacuation by foreign states have been turned back by the Taliban before reaching the airport.

The chairs of the foreign affairs committees of the various G-7 countries, including Germany's Norbert Röttgen, signed a joint statement calling on the governments to "avoid arbitrary dates on the end of military support for the evacuation mission and artificial caps on the number of evacuees," according to German broadcaster ARD.